Frances O'Connor Net Worth: Frances O'Connor is an Australian actress who has a net worth of $3.5 million. Frances O'Connor was born June 12, 1967 in Wantage, United Kingdom. She is best known for her roles in such films as Mansfield Park (1999), Bedazzled (2000), A.I. Artificial Intelligence (2001), The Importance of Being Earnest (2002) and Timeline (2003). O'Connor won an AACTA Award for Best Actress in a Leading Role for her performance in Blessed (2009) and was the recipient of a Golden Globe Award nomination for Madame Bovary (2000).

After making her mark in Australia, O'Connor began her American career in 2000 when she moved to Hollywood, California and landed a role in the movie Bedazzled, a remake of the 1967 film of the same name. The following year she was cast in a lead role in the science fiction drama A.I. Artificial Intelligence and was subsequently nominated for a Saturn Award for Best Actress for her role. O'Connor starred as Maggie in the acclaimed West End production of Cat on a Hot Tin Roof in the fall of 2001 and co-starred in the legendary Oscar Wilde comedy The Importance of Being Earnest the next year. Later in 2002, she was featured in John Woo's World War II action film Windtalkers. In 2004, O'Connor returned to independent movies and starred in Iron Jawed Angels with Hilary Swank, Julia Ormond and Anjelica Huston. In 2008, she starred in the short-lived ABC comedy-drama series Cashmere Mafia opposite Lucy Liu, Miranda Otto and Bonnie Somerville. She later appeared in Jayne Mansfield's Car, Little Red Wagon and The Truth About Emanuel. In 2011, O'Connor was cast in the ABC drama pilot Hallelujah, created by Marc Cherry, but the show was not picked up. In 2013, she starred as Rose Selfridge in the British period drama Mr. Selfridge. 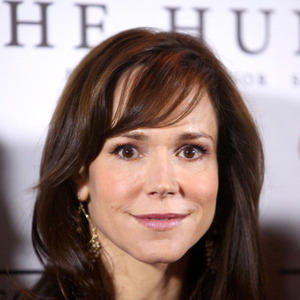