What is Frances McDormand's Net Worth and Salary?

Frances McDormand is an American film and stage actress who has a net worth of $100 million. This is a combined net worth with her husband of nearly four decades, director Joel Coen.

McDormand is a highly decorated actress, having won a plethora of awards over the course of her career. These include four Academy Awards, two Golden Globes, three BAFTA Awards, two Primetime Emmys, and a Tony Award. Due to the fact that she has won an Academy Award, an Emmy Award, and a Tony Award, she has achieved the coveted "Triple Crown" of acting. This is an extremely rare feat, known as the "EGOT" club.

Frances is best known for playing interesting, independent, and eccentric female characters. She has split her time between independent film and mainstream blockbusters, earning both critical acclaim and commercial success over the course of her career. As of 2021, her films have grossed more than $2.2 billion. Today, some of her best-known mainstream films include "Transformers: Dark of the Moon" and "Madagascar 3: Europe's Most Wanted."

The fact that she has been married to Joel Coen means that she has inevitably appeared in a wide range of films directed by the Coen brothers. These include "Raising Arizona," "Fargo," and "Hail, Caesar!" Her role in "Fargo" was particularly well-received, winning her an Academy Award for Best Actress. She later won the same award for 'Three Billboards Outside Ebbing, Missouri" and "Nomadland." She is only the seventh person in history to win three competitive Academy Awards.

Outside of her activities in the film world, McDormand is also an experienced theatre actress who has appeared in a range of Broadway productions. In 1988, she was nominated for a Tony Award for her role in a revival of "A Streetcar Named Desire." She subsequently won the award for her performance in "Good People." In addition, Frances has appeared in television series like "Olive Kitteridge," earning her a Primetime Emmy Award for Outstanding Lead Actress in a Limited Series or Movie. She also won an Emmy for producing the series.

Cynthia Ann Smith was born on June 23rd of 1957 in Gibson City, Illinois. Before her second birthday, she was adopted and renamed Frances Louise McDormand. Raised alongside two other adopted children by a pastor and nurse who were both originally born in Canada, Frances moved frequently across the nation. Her father's work took him from state to state as he helped restore congregations in Illinois, Georgia, Kentucky, and Tennessee. The family finally laid down roots in Pennsylvania, where Frances attended high school.

After graduating, she attended Bethany College in West Virginia and studied acting. She eventually earned a Bachelor of Arts in theatre before moving on to the Yale School of Drama in 1979. While at Yale, she continued her acting career and graduated with a Master of Fine Arts degree in 1982. She then relocated to New York City to pursue her acting career. 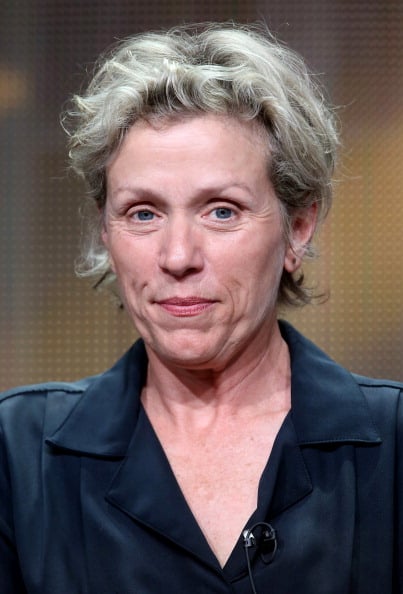 At the beginning of her acting career, McDormand focused on the world of theatre. Her early roles were in plays like "In a Fine Castle." She then appeared in "Blood Simple," the first film made by the Coen Brothers. At this point, she had married Joel. She then went on to appear in "Raising Arizona" and furthered her career with roles in TV shows like "Hill Street Blues" and "The Twilight Zone." During this period, she continued to appear in a number of high-profile Broadway plays such as "A Streetcar Named Desire."

Slowly but surely, Frances' talents were beginning to be noticed by critics and movie fans around the world. By the end of the 80s, she had been nominated for an Academy Award after her performance in "Mississippi Burning." Further film roles came with "Darkman," "Hidden Agenda," and "Short Cuts." Her true breakthrough came with 1996's "Fargo." The film earned her widespread critical acclaim winning her a first Academy Award and a Screen Actors Guild Award. That year, she also appeared in films like "Primal Fear," "Paradise Road," and "Lone Star." In addition, she earned an Emmy Award nomination for her role in the TV film "Hidden in America."

After a starring role in the film "Madeline," Frances continued her successful run throughout the 2000s with films like "Almost Famous," "Wonder Boys," "The Man Who Wasn't There," "City by the Sea," "Laurel Canyon," "Something's Gotta Give," "North Country," "Aeon Flux," "Friends with Money," "Burn After Reading," and others. In 2011, she continued to appear in a range of independent films but also booked roles in mega blockbusters like "Transformers: Dark Side of the Moon." Throughout this period, she also maintained her presence on the stage, winning a Tony Award for the Broadway play "Good People."

In recent years, she is known for films like "Moonrise Kingdom," "Promised Land," "Three Billboards Outside Ebbing, Missouri," and "Nomadland." She also advanced her voice acting career with roles in animated films like "Madagascar 3: Europe's Most Wanted" and "Isle of Dogs."

In 1984, Frances McDormand married director Joel Coen. They have since adopted a son together.

In 2019, it was reported that Frances and her husband Joel were suing their neighbors. The pair could not come to an agreement with their neighbors about a disputed property line between their homes in Bolinas, California. Coen and McDormand alleged that their neighbors were ignoring the boundaries and encroaching on their land. The neighbors claim that the Coens are guilty of encroachment themselves.

The Coens originally purchased the home back in 2005. In 2007, their neighbors had a survey done and discovered that the so-called "historic" boundary was actually wrong. According to them, the Coens' driveway and the garage were actually situated on their land. Mediation proved ineffective at solving this dispute. 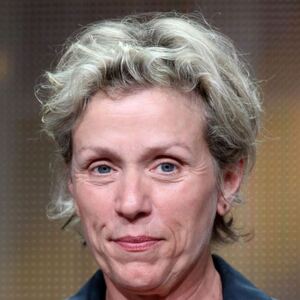