What is Frances Fisher's Net Worth?

Frances Fisher is an actress who has a net worth of $4 million. Frances Fisher rose to fame for playing Deborah Saxon on the CBS television soap opera "The Edge of Night." Later, she had main roles on the television series "Glory Days" and "Resurrection," and recurring roles on series including "Titus," "The Shield," "Touch," and "Watchmen." Fisher has also been in numerous films, including "Unforgiven," "Titanic," "House of Sand and Fog," "The Kingdom," and "The Lincoln Lawyer."

Frances Fisher was born on May 11, 1952 in Milford on Sea in England. Her parents, Olga and William, were Americans. She has a younger brother. Growing up, Fisher moved nine different times due to her father's job demands, ending up in such countries as Colombia, Canada, and France. At the age of 15, her mother passed away. Fisher went to Lutcher Stark High School in Orange, Texas, where she acted in theatrical productions.

Fisher began her acting career on stage. Following her move to New York City, she spent some 14 years in both regional and off-Broadway productions. Additionally, Fisher was involved with the Actors Studio, where she studied under Lee Strasberg. At one point, she moved to Abingdon, Virginia to work with the year-round repertory theatre Barter Theatre.

On television, Fisher rose to fame with her debut role as Detective Deborah Saxon on the mystery crime soap opera "The Edge of Night." She starred on the series for 245 episodes from 1976 to 1981. Following this, Fisher played Suzette Saxon on another soap opera, "Guiding Light," in 1985. She was subsequently in episodes of "The Equalizer," "Roseanne," "Newhart," and "Matlock." In the 90s, Fisher made appearances on such series as "The Young Riders," "Law & Order," and "The Outer Limits." Additionally, she played the main role of Angie on the short-lived Fox show "Strange Luck," and was Dr. Elizabeth Carson in five episodes of the sitcom "Becker." Fisher also starred as Lucille Ball in the television film "Lucy & Desi: Before the Laughter."

In the early 00s, Fisher appeared on "The X-Files" and "Titus"; she also had main roles on the short-lived mystery drama series "Glory Days" and the legal drama "The Lyon's Den." Throughout the remainder of the decade, Fisher appeared in episodes of numerous shows, including "ER," "Medium," "Grey's Anatomy," "Saving Grace," "October Road," "The Shield," "Eureka," and "The Mentalist." In 2013, she played the recurring part of Nicole Farington on the Fox series "Touch"; the year after that, she began playing the main role of Lucille Langston on the ABC fantasy drama series "Resurrection." Among her other credits, Fisher has had recurring roles on "Masters of Sex," "Watchmen," and "The Sinner." She has also been in episodes of "Rectify," "The Killing," "Fargo," and "The Rookie." 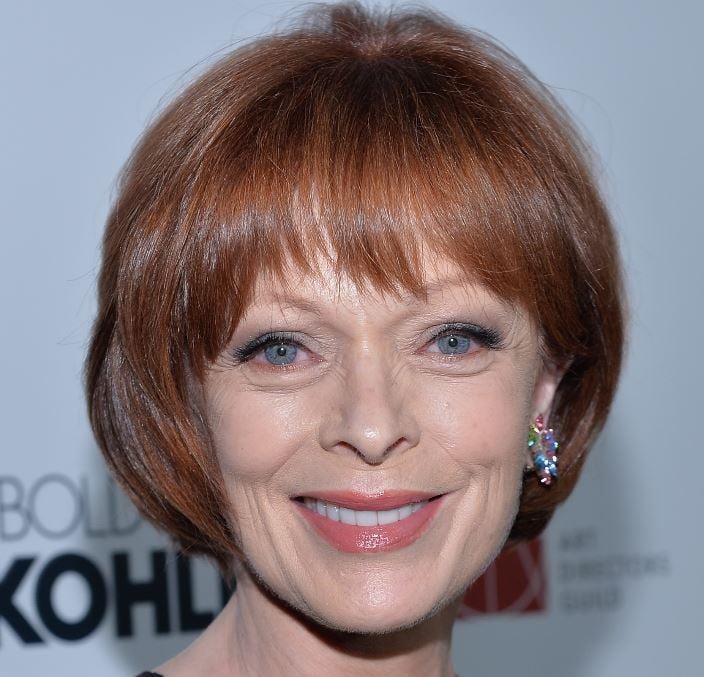 Fisher made her big-screen debut in the 1983 comedy "Can She Bake a Cherry Pie?," starring Michael Emil and Karen Black. Four years later, she was in the crime mystery "Tough Guys Don't Dance" and the sports drama "Heart." Next, Fisher appeared in Paul Schrader's "Patty Hearst," Hugh Hudson's "Lost Angels," and Buddy Van Horn's "Pink Cadillac," starring Clint Eastwood. After her roles in "Welcome Home, Roxy Carmichael" and "L.A. Story," Fisher appeared in another film alongside Eastwood, the Western "Unforgiven." In the film, also directed by Eastwood, she plays Strawberry Alice. Fisher's subsequent credits included "Babyfever," "Molly & Gina," "The Stars Fell on Henrietta," "Female Perversions," "Striptease," and "Wild America." In 1997, she had one of her most well-known roles as Ruth DeWitt Bukater, the mother of Kate Winslet's character, in James Cameron's blockbuster epic "Titanic." Closing out the decade, Fisher appeared in "True Crime" and "The Big Tease."

Fisher began the new millennium with roles in "Gone in 60 Seconds," "The Rising Place," and "Blue Car." In 2003, she played Connie Walsh in the acclaimed psychological drama "House of Sand and Fog." Following this, Fisher was in "Laws of Attraction," "The Night of the White Pants," "Sex and Death 101," "The Kingdom," "In the Valley of Elah," and "My Sexiest Year." She next had a main role opposite Jessica Chastain in the drama "Jolene." Next came "A Single Woman," "The Perfect Game," "Janie Jones," "Golf in the Kingdom," "The Roommate," and "Sedona." Fisher's other notable credits have included the science-fiction thriller "The Host," starring Saoirse Ronan; Catherine Hardwicke's erotic thriller "Plush"; the biographical drama "Woman in Gold"; the Western "Outlaws and Angels"; and the romcom "Holidate."

Having gotten her start in theater, Fisher returned to the stage to perform in Arthur Miller's final play, "Finishing the Picture," in 2004 at Chicago's Goodman Theatre. In 2006, she was in a production of "The Cherry Orchard" in Los Angeles at the Mark Taper Forum. Among her other later theatrical credits, Fisher starred in a 2019 production of "The Lion in Winter" at the Laguna Playhouse in Orange County, California.

At the age of 18 in 1970, Fisher wed her high school sweetheart Billy Mack Hamilton. The pair eventually divorced two years after this. Later, from 1990 to 1994, Fisher dated her "Unforgiven" director and costar Clint Eastwood.Together, they had a daughter named Francesca Eastwood. After the couple separated, Fisher was in a relationship with actor George Clooney.

In 1999 Frances paid $750,000 for a home in Los Angeles. Today this home is worth at least $3 million, probably closer to $4 million in a seller's market. She also owns a condo in West Hollywood.