De la Tour has also won a Tony Award and three Olivier Awards for starring on stage. She starred as Ruth on the series Rising Damp from 1974 to 1978. In 1988 she starred as Carol Beasley on the television series A Kind of Living. De la Tour starred as Ms Baron on the TV series Big School from 2013 to 2014. Since 2013 she has starred as Violet Crosby on the series Vicious. She starred as Madame Olympe Maxime in the movie Harry Potter and the Goblet of Fire in 2005. De la Tour has also starred in the movies The History Boys, The Book of Eli, Alice in Wonderland, Harry Potter and the Deathly Hallows – Part 1, The Nutcracker in 3D, Hugo, Into the Woods, and Mr. Holmes. In 1981 she won an Evening Standard British Film Award for Best Actress and she has also been nominated for three BAFTA Awards. 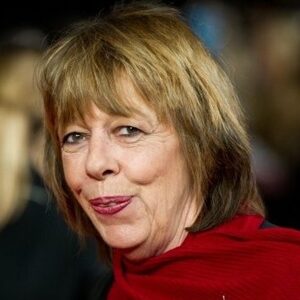