Frances Conroy net worth: Frances Conroy is an American actress best known for playing Ruth Fisher on the HBO television series "Six Feet Under". Frances Conroy has a net worth of $4 million. Frances Conroy was born on November 13. 1953 in Monroe, Georgia. She studied drama at the prestigious Neighborhood Playhouse in New York City and at Julliard School where she was a member of Drama Division Group 6 from 1973-1977 with Kelsey Grammar and Robin Williams.

During the 1970s Conroy performed on stage in plays with regional and touring theatrical companies. One of her first film appearances was as a Shakespearean actress in Woody Allen's 1979 film "Manhattan". Conroy is best known for her critically acclaimed work on "Six Feet Under" from 2001 to 2005, for which she won the Golden Globe for Best Actress-Television Series Drama in 2004. She was also nominated for four Emmy Awards but never won. In 2008, she landed a guest role in ABC's "Desperate Housewives". In 2011 she landed a role on "American Horror Story: Murder House" as Moira O'Hara. She returned for the second season "Asylum" this time playing the Angel of Death. She came back for the third season "Coven" as a member of the Witches Council. It has been announced that Conroy will return for the fourth season, called "Freak Show". 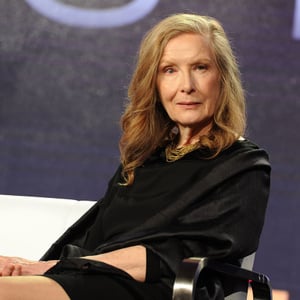