How much is Forest Whitaker Worth?

Early Life: Forest Steven Whitaker was born on July 15th of 1961 in Longview, Texas. His family soon relocated to Carson, California, where he was raised alongside three siblings. While attending high school, Whitaker joined the football team and sang for the choir, eventually graduating in 1979.

After high school, he attended California State Polytechnic University on a football scholarship. Over the course of his college education, Forest Whitaker changed his focus from football to choir singing and then to drama. Although he initially transferred to the University of Southern California to train as an opera singer, he switched to their drama conservatory and graduated with a BFA in acting in 1982.

Film Career: One of Whitaker's first noteworthy roles was in Fast Times at Ridgemont High, in which he played a high school football player. This sparked a long line of notable roles for Whitaker throughout the 80s. He appeared in the critically acclaimed Scorsese movie The Color of Money, which starred Paul Newman and Tom Cruise. Whitaker then booked a role in the classic Vietnam war film Platoon. Whitaker followed up with another Vietnam film a year later, this time with Robin Williams in Good Morning, Vietnam. Forest Whitaker then booked the lead role in Clint Eastwood's film Bird, winning widespread praise from critics.

In the 90s, Forest Whitaker continued to book major roles. Of particular note was The Crying Game in 1992, in which Whitaker showed off an English accent. Whitaker appeared in further roles throughout the 90s, such as Smoke, Phenomenon, and Ghost Dog: The Way of the Samurai. Although Whitaker appeared in the critical and commercial failure Battlefield Earth in 2000, he bounced back with a role in Panic Room. Whitaker earned perhaps the most praise for his role in The Last King of Scotland in 2006. The performance won Whitaker many roles, including an Academy Award for Best Actor. Next year, Whitaker appeared in The Great Debaters.

For the next few years, Whitaker's film career slowed. However, he returned to prominence with roles in The Butler and The Last Stand in 2013. He then appeared in front of a wide audience with a central role in Star Wars: Rogue One in 2016. 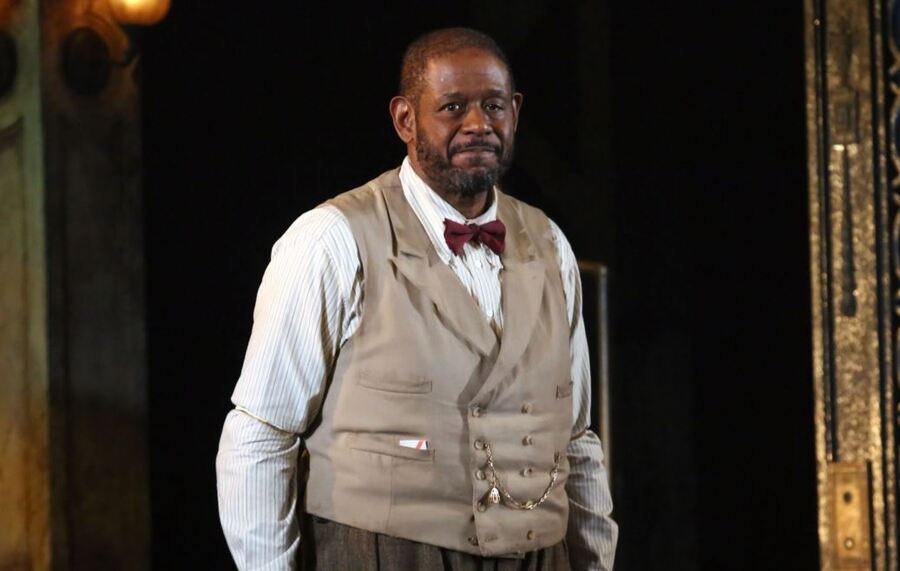 Television Career: Whitaker has also gained notoriety for a wide range of appearances in television shows. His television career began in the 80s with roles in shows like Diff'rent Strokes, Amazing Stories, and North and South. In 2002 and 2003, Whitaker acted as the host and narrator for the reboot of The Twilight Zone. In 2006, he booked a recurring role in the police drama The Shield. He also appeared in numerous episodes of ER. In addition, Whitaker has worked as a voice actor on the animated series Star Wars Rebels.

Producing and Directing: Over the years, Forest Whitaker has carved out an impressive career as a director and a producer. He began directing movies in the 90s with films like A Rage in Harlem and Strapped. He later directed the feature film Waiting to Exhale, and then directed and produced the romantic comedy First Daughter. He gained further producing experience with various made-for-television movies.

JuntoBox Films: Forest Whitaker has played a major role in the management of JuntoBox Films, a film production company that focused on small projects. Eventually, JuntoBox became a social media platform geared towards fans and filmmakers who wanted to spread ideas and collaborate on new projects. Although Forest Whitaker oversaw the successful approval of five different projects, JuntoBox Films eventually went out of business and shut down permanently.

Activism: Whitaker is a vegetarian, and he has partnered with PETA to promote the ethical and health benefits of the diet. He is also engaged with organizations that train and rehabilitate escaped child soldiers in Uganda. He also founded his own organization, the Whitaker Peace & Development Initiative. The initiative focuses on creating peace within conflict-ridden nations around the world.

Relationships: In 1996, Forest Whitaker married Keisha Nash. The couple had two children together and raised two additional children from their respective previous marriages. After 22 years of marriage, Whitaker filed for divorce from Keisha Nash.

Personal Life: Forest Whitaker is an accomplished martial artist. He has earned a black belt in kenpo, and he also studies eskrima. In addition, Forest Whitaker has spent years studying yoga.

Whitaker is known for his distinctive left eye, which critics call "intriguing" or "contemplative." He actually suffers from ptosis, and although this condition sets him apart from other actors, Whitaker has considered corrective surgery – mainly to correct his vision.

Real Estate: In 2003, Forest purchased two properties in the Hollywood Hills for a total of $2 million. He combined the properties into a compound featuring two private driveways that lead to 11 bedrooms and 10.5 bathrooms. The entire property stretches over 1.66 acres, with living space of over 8,000 square feet. He listed this home for sale in 2017 for $6 million, ultimately reducing it to $4.3 million before finally settling on a price of $3.85 million in January of 2020. 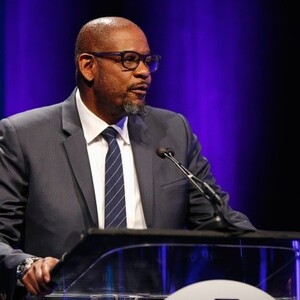