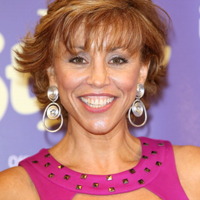 Forbes Riley net worth: Forbes Riley is an American actress and television personality who has a net of $3 million. Forbes Riley was born in Brooklyn, New York in April 1960. She made her television debut on the Miss Teenage America Pageant after being named Miss Teenage New York. Riley has appeared in several films including Splitz, Splatter University, Phoenix, Savage, Shadow of doubt, Megiddo: The Omega Code 2, and Ghosts of Genius. She has appeared in episodes of the TV series Sweet Valley High, The Pretender, The Practice, Boy Meets World, 24, Strong Medicine, Untold Stories of the ER, Fashion House, Cooking from the Heart, The Last Supper, and more. Riley has also appeared on many infomercials and commercials for products such as Aerobed, Jack LaLanne's Power Juicer, Mor Furniture Stores, MaxiGlide, and her exercise equipment Forbes Riley's SpinGym. Riley was inducted into the National Fitness Hall of Fame and Museum in 2010.