How much is Flula Borg Worth?

Flula Borg net worth: Flula Borg is a German DJ, actor, engineer, and YouTube personality who has a net worth of $2 million. Flula Borg was born in Erlangen, West Germany in March 1982. He is known as DJ Flula or just Flula. Borg starred in the TV series Photobomb in 2015. The same year he starred in the movies Pitch Perfect 2 and Little Paradise. Flula Borg has also starred in the shorts Resurgent, Blow Me, and The Cutuzzle. He is scheduled to star in the upcoming films Killing Hasselhoff and She's Allergic to Cats. In 2014 he was nominated for a Steamy Award with Chester See. Borg has collaborated with celebrities such as Dirk Nowitzki, RZA, and Sir Mix-A-Lot. He has also worked with YouTubers such as Miranda Sings, Rhett and Link, Trisha Paytas, and Smosh. 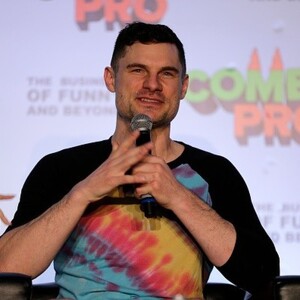