What is Florence Pugh's net worth?

Florence Pugh is an English actress, who made her acting debut in the 2014 mystery film "The Falling." Florence Pugh has a net worth of $8 million.  She subsequently earned acclaim for her leading role in the film "Lady Macbeth," and for her performances in television productions of "King Lear" and "The Little Drummer Girl." Pugh had a major breakthrough year on film in 2019, when she starred in "Fighting with My Family," "Midsommar," and "Little Women."

Florence Pugh was born in 1996 in Oxford, England, the daughter of dancer Deborah and restaurateur Clinton. She has three siblings: Toby, Arabella, and Rafaela, the first two of whom are also actors. As a child, Pugh suffered from tracheomalacia, resulting in many hospital visits. When she was three, the family moved to Sotogrande, Spain, hoping the warmer weather would benefit her health. They remained there until Pugh was six, at which point they returned to Oxford. Back in England, Pugh went to Wychwood School and St Edward's School, but was unhappy with how little these institutions did to support her acting aspirations. From 2013 to 2016, she performed cover songs on YouTube under the name Flossie Rose.

While still in school in 2014, Pugh made her professional acting debut in the British mystery drama "The Falling," portraying a precocious teenager at an English girls' school. Her costar, Maisie Williams, played her troubled best friend. Due to her performance, Pugh was nominated for Best British Newcomer at the BFI London Film Festival.

Pugh gained more widespread recognition in 2016, when she starred as a repressed, violent teenage bride in the independent film "Lady Macbeth." For her performance, she won the BIFA Award for Best Performance by an Actress in a British Independent Film. Also in 2016, Pugh appeared in ITV's Nordic-noir detective series "Marcella," which was written and directed by Swedish screenwriter Hans Rosenfeldt. Two years later, Pugh received a nomination for the BAFTA Rising Star Award at the 71st British Academy Film Awards. She went on to play Cordelia in a television production of "King Lear," starring Anthony Hopkins, Emma Thompson, Emily Watson, and Jim Broadbent. Pugh also portrayed Elizabeth de Burgh in the Netflix historical drama "Outlaw King," and starred in a six-part miniseries adaptation of John le Carré's espionage novel "The Little Drummer Girl." 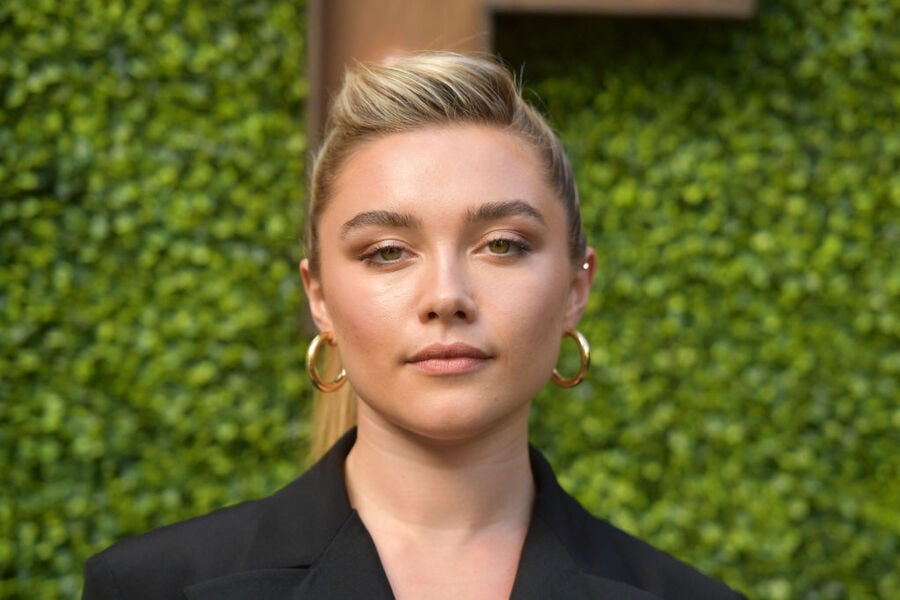 Pugh's biggest year yet came in 2019, when she gained international acclaim for her performances in three major films. First, she starred as English professional wrestler Paige in the biographical sports dramedy "Fighting with My Family," which premiered at the Sundance Film Festival. Based on Max Fisher's documentary "The Wrestlers: Fighting with My Family," the film costarred Jack Lowden, Lena Headey, Nick Frost, Vince Vaughn, and Dwayne Johnson. Next, Pugh had a leading role in Ari Aster's horror film "Midsommar," playing a woman who becomes involved in a deadly cult after traveling to Sweden with her boyfriend. Finally, Pugh played Amy March in Greta Gerwig's adaptation of Louisa May Alcott's classic novel "Little Women." The film's ensemble cast included Saoirse Ronan, Emma Watson, Eliza Scanlen, Meryl Streep, Timothée Chalamet, Chris Cooper, and Laura Dern. "Little Women" received a high level of critical acclaim, and earned six Oscar nominations including Best Picture. Pugh herself received a nomination for Best Supporting Actress, an award she was also nominated for at the BAFTAs.

"Black Widow" and Beyond

In July of 2021, Pugh entered the Marvel Cinematic Universe with her role as spy Yelena Belova in the superhero film "Black Widow." She was part of a cast including Scarlett Johansson, David Harbour, Olga Kurylenko, William Hurt, Rachel Weisz, and Ray Winstone. Pugh reprises the role in the Disney+ superhero series "Hawkeye." Additionally, she was cast in such films as "Dolly," "A Good Person," and "Don't Worry Darling," the latter of which is a psychological thriller set in 1950s California.

Pugh is in a relationship with actor and filmmaker Zach Braff, who directed her in his 2019 short film "In the Time it Takes to Get There." Together, they live in Los Angeles.

In 2019, Pugh was included in the entertainment category of Forbes' annual 30 Under 30 list, which recognizes the 30 most influential people in Europe under the age of 30. The next year, Pugh participated in the live read series Acting for a Cause, in which she read Kenneth Lonergan's play "This is Our Youth" to help raise funds for the non-profit Entertainment Industry Foundation. 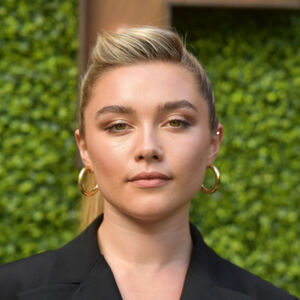