What was Florence Henderson's Net Worth?

Florence Henderson was an American actress and singer who had a net worth of $10 million at the time of her death. Anderson is probably best known for her role as Carol Brady on the iconic ABC sitcom "The Brady Bunch." Although this role essentially defined her entire career, Florence had many other credits under her name, as she appeared in a vast number of additional projects before her passing.

Outside of acting, Henderson was known for hosting a number of cooking shows, talk shows, and variety shows. She also appeared in a considerable number of reality shows, including "Dancing with the Stars" in 2010. In addition, she was a guest on many talk shows over the course of her career. Her time in the spotlight eventually came to an end in 2016, when she died from heart failure. She was 82 years old.

Florence Agnes Henderson was born on February 14th of 1934 in Dale, Indiana. Raised in the small town of Dale, Indiana alongside nine siblings, Florence learned how to sing at the age of two by her mother. Her father was a tobacco sharecropper, and the family experienced the Great Depression while Henderson was still a young child. By the time she was 12, Florence was singing at local grocery stores. Eventually, the family lived in Kentucky throughout Florence's high school years. After graduating from Catholic school in 1951, Henderson enrolled at the American Academy of Dramatic Arts in New York City.

Henderson began her entertainment career on the stage, performing in musicals such as "Oklahoma!" and "South Pacific" at Lincoln Center. Her Broadway debut came shortly after she had graduated high school with the 1952 musical "Wish You Were Here." During the early 50s, she also booked a role in the musical "Fanny," performing in the play 888 times in the title role.

During the next few years, Henderson began appearing in various TV productions, starting with "I Spy" and "Little Women." By the late 50s, she was booking roles in shows like "The United States Steel Hour" and "Adventures of Huckleberry Finn." She also appeared in a number of Oldsmobile commercials during this period.

By the 60s, Florence was focusing her attention back towards theatre with performances in plays like "The Girl Who Came to Supper." Her theatre work eventually earned her a Sarah Siddons Award in 1962. However, she also remained incredibly active in the television world, hosting "The Tonight Show" briefly and NBC's "The Today Girl." In 1963, she continued with theatre productions while also releasing albums under RCA Victor. 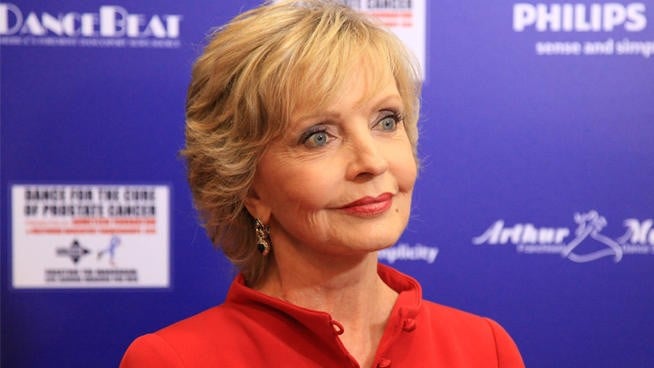 Her career went through a major resurgence in 1969 when she booked the role of Carol Brady in "The Brady Bunch." This proved to be the most defining moment of her entire career and cemented her as one of the entertainment industry's most notable icons. During this period, Henderson appeared on a vast number of game shows. These included "Hollywood Squares," "The $25,000 Pyramid," "Password," "Match Game," "What's My Line," "To Tell The Truth," "I've Got A Secret," "Snap Judgment," "Personality," "The Magnificent Marble Machine" and "Who Wants To Be A Millionaire?" Needless to say, Florence was a big fan of game shows, and she once finished in second place on "Family Feud."

Starting in the mid-70s, Florence became the spokeswoman for Wesson cooking oil – a position she held until 1996. On that same note, she began hosting a cooking show called "Country Kitchen." Other brand endorsements were completed with Prange's, a department store chain in Wisconsin. During the turn of the millennium, she co-hosted an NBC morning talk show called "Later Today."

Throughout the 2000s, Florence did commercials for brands like Polident and Pepsi Twist. During this period, she appeared in a number of reality TV shows, including "My Fair Brady" and "The Surreal Life." This sparked a notable change in pace, with Florence stepping away from acting and focusing more on reality TV and hosting. Her notable shows during these years included "Whose Line It It Anyway?," "The Price is Right," and "Who's Cooking with Florence Henderson." She also landed a voice acting role in "The Cleveland Show." After competing in "Weakest Link," Henderson donated tens of thousands of dollars to charity.

On November 24th of 2015, Florence Henderson passed away in Los Angeles. She was 82, and he had just spent the previous day at Cedars-Sinai Medical Center. Her cause of death was reported to be heart failure. Three days earlier, she was supporting her friend Maureen McCormick live on set at the recording of "Dancing of the Stars." Her passing was always a possibility due to her advanced age, but her close friends described the incident as a shock. She was not ill prior to her death, and her passing was very sudden.

In 2017, it was reported that Henderson's former home in Marina del Rey had hit the market with a price tag of $2.795 million. The residence eventually sold later that year for $2.275 million. Florence originally purchased the home back in 2000. It features three bedrooms, 3,237 square feet of living space, a garden, a roof deck, and spectacular views of the water. The home also sits on a gated, exclusive street close to the Cal Yacht Club and the Ritz Carlton. Additional features include a master-suite fireplace and its own library. 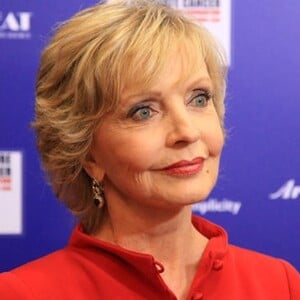