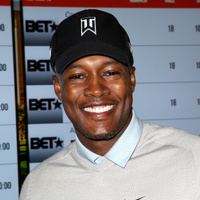 Flex Alexander net worth: Flex Alexander, is an American actor, dancer, and comedian who has a net worth of $250 thousand. Flex Alexander, also known as Mark Alexander Knox, was born in Harlem, NY on April 15, 1970. The nickname "Flex" was given to him as a teenager because of his acrobatic dance skills. At the start of his career, he was a dancer for the rap group Salt and Pepper. He had the opportunity to choreograph for Mary J. Blige and Queen Latifah. In 1992, he made his acting debut in the movie, Juice. Alexander continued his acting career as a cast member of, U. ptown Comedy Club. His first television role was on the ABC sitcom, Where I Live, in 1993. In 1995, he moved to Los Angeles to further pursue his acting career, where he landed a starring role on Homeboys in Outer Space. Between 1996-1999, he had roles in series such as Total Security, Brooklyn South and The Parkers. He starred in the first season of the UPN sitcom, Girlfriends and then went on to create and produce his own UPN sitcom, One on One. Alexander landed the role of Michael Jackson in the VH1 television biopic Man In The Mirror: The Michael Jackson Story. Between 2000-2001 he was nominated for three NAACP Image Awards for One on One, two BET Comedy Awards, and another NAACP Image Award for Man In The Mirror: The Michael Jackson Story. He had a role in Snakes on a Plane, The Hills Have Eyes 2, Poor Boy's Game, and was in an episode of CSI: Miami. Alexander is married to R&B singer, Shanice Wilson. They have two children, daughter Imani Shekinah Alexander-Knox and son Elijah Alexander-Knox.