Fisher Stevens net worth: Fisher Stevens is an American actor, director, producer, and writer who has a net worth of $8 million dollars. Fisher Stevens was born in Chicago, Illinois in November 1963. Stevens co-founded the Naked Angels Theater Company in 1986. In 1996 he co-founded the film production company Greene Street Films. One of his first television roles came on the soap opera One Life to Live.

Fisher's film debut came in the 1981 movie The Burning. In 1993 he starred as Seamus O'Neill in the TV series Key West. Stevens starred as Chuck Fishman in the series Early Edition from 1996 to 2000. He had a recurring role in the series Lost as George Minkowski from 2008 to 2010 and in the series Damages in 2011. Stevens starred in the movies Short Circuit, Short Circuit 2, Reversal of Fortune, The Marrying man, Super Mario Bros., Hackers, Uptown Girls, LOL, and The Grand Budapest Hotel. He has directed the movies Stand Up Guys and Just a Kiss and the documentaries Another World and Mission Blue. He has also served as a producer on the films Swimfan, Uptown Girls, The Cove, Awake, and Crazy Love. For The Cove Stevens won an Academy Award in 2010 for Best Documentary, Features and a PGA Award for Outstanding Producer of Documentary Theatrical Motion Pictures. He co-founded the documentary and new media company Insurgent Media in 2010. 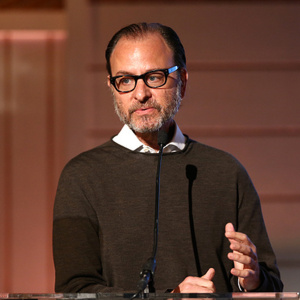