Fiona Shaw Net Worth: Fiona Shaw is an Irish actress and director who has a net worth of $5 million dollars. Born in County Cork, Ireland, in 1958, Fiona Shaw earned her degree at University College Cork before attending London's Royal Academy of Dramatic Art. Shaw had dozens of roles in theater productions, including "As You Like It", "The Taming of the Shrew", "Machinal", "Happy Days", "The Prime of Miss Jean Brodie", "and Hedda Gabler".

In 1996, she put on a one-person production of "The Waste Land", winning a Drama Desk Award for Outstanding One-Person Show. Shaw is well known for her work as a classical theater actress, spending considerable time performing with the National Theatre and Royal Shakespeare Company. In 2001, she was bestowed with the honorary title of Commander of the Most Excellent Order of the British Empire. She made her opera directorial debut with a 2008 production of Vaughan Williams' "Riders to the Sea". Her collaborations with Deborah Warner has produced some of the most critically acclaimed successes of her career, including "Richard II" and "Mother Courage and Her Children". Her best known on-screen credits include the roles of Petunia Dursley in the "Harry Potter" film franchise and Marnie Stonebrook in HBO's "True Blood". 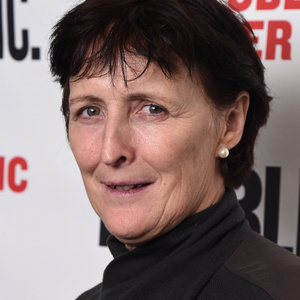