How much is Fiona Gubelmann Worth?

Fiona Gubelmann net worth: Fiona Gubelmann is an American actress who has a net worth of $1.5 million. She is best known for playing Jenna on the FX series, Wilfred, but has also made a number of appearances in television episodes for well-known shows like CSI:NY, My Name is Earl, Knight Rider, Parenthood, Californication, Criminal Minds, and Cold Case. In addition to her work in television, she has also appeared in several films, including Employee of the Month, Downstream, Blades of Glory, and Ella. She was born Fiona Victoria Gubelmann on March 30, 1980 in Santa Monica, California. She graduated from UCLA with a degree in theater, and upon graduation went on to study acting at the Beverly Hills Playhouse. She made her television debut in 2003 on the UPM sitcom, The Mullets, and made her film debut the following year in Employee of the Month. She also continues to do stage work in addition to her work in television and motion pictures. She is currently married to Alex Weed, who is also an actor, and the couple lives in California. 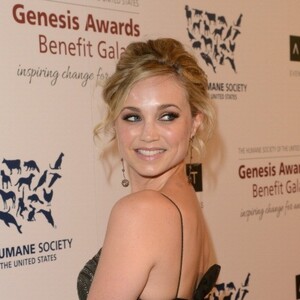