Finola Hughes Net Worth: Finola Hughes is an English actress, television host, entrepreneur, author, producer, and director who has a net worth of $8 million. Finola Hughes was born in London, United Kingdom, in October 1959. She was trained in performing arts and dance at the Arts Educational Schools London.

She worked in theater starring in the London production of Andrew Lloyd Webber's Cats in 1981. Hughes first appeared in the TV movie Dick Emery's Comedy Hour in 1979. She had a recurring role as Lauren Sevilla in the TV series L.A. Law in 1987. From 1992 to 1993 Hughes starred as Chelsea Duffy in the television series Jack's Place. She starred as Carol in the TV series Blossom from 1993 to 1995. In 1997 Finola starred as Kate Russo in the TV series Pacific Palisades. From 1999 to 2003 she starred in the soap opera All My Children. Hughes had a recurring role as Patty Halliwell in the series Charmed from 1999 to 2006. Since 1983 she has starred as Anna Devane in the soap opera General Hospital. Hughes has also done voice acting work for the TV series Beware the Batman and Superman. She won a Daytime Emmy Award for Outstanding Lead Actress in a Drama Series for General Hospital in 1991. She has also won three Soap Opera Digest Awards. 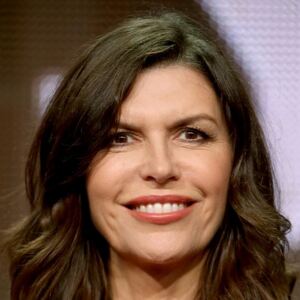