What is Finn Wolfhard's Net Worth?

Finn Wolfhard is a Canadian actor, musician, writer and director who has a net worth of $4 million. Finn Wolfhard rose to stardom in the hit series "Stranger Things." He also starred in a number of other hit films and has earned numerous awards and accolades.

Wolfhard was born on December 23, 2002 in Vancouver, British Columbia, Canada, to a French, German, and Jewish family. He attended Catholic School and then was later homeschooled. He has an older brother, Nick, who is also an actor.

Wolfhard started his acting journey after answering an ad on Craigslist. He had his television debut in "The 100," followed by a role in the American dark fantasy drama television series, "Supernatural."

Wolfhard's most notable role came in 2016 when he landed the role of Mike Wheeler in the Netflix series "Stranger Things." The series was a massive hit and Wolfhard, along with castmates, won a SAG Award for Outstanding Performance by an Ensemble in a Drama Series. He soon after began taking on even larger roles, such as the lead role of Ritchie Tozier in the film adaptation of the Stephen King novel "IT." The film premiered to critical acclaim, breaking  box office records during its debut and becoming the highest grossing horror movie in the world.

Following this role, he also starred in "Dog Days" along with Vanessa Hudgens and Nina Dobrev and then reprised his role in "IT" to in the sequel, "It: Chapter Two." He co-starred in "The Goldfinch" and also lent his voice to the remake of "The Addams Family" in the same year, 2019. 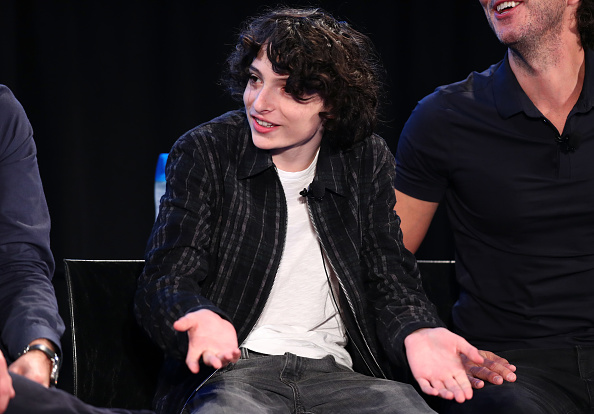 In January of 2020, Wolfhard took on the role of Miles in the film, "The Turning." He also made his premier at the Sundance Film Festival in the film "Omniboat: A Fast Boat Fantasia." He continued the festival circuit by premiering the film "Rules for Werewolves" at SXSW Film Festival. He did more voicework that year in the animated series "Smiling Friends" as well as in "JJ Villard's Fairy Tales." In August of 2020, he co-starred in "When You Finish Saving the World," written by Jesse Eisenberg. He also landed a role in Guillermo del Toro's animated musical film, "Pinocchio" and Jason Reitman's "Ghostbusters: Afterlife."

In addition to acting, Wolfhard has also tried his hand at directed. He made his directorial debut in August of 2020 with the short film "Night Shifts." He later released the film on YouTube. He has also co-directed a music video for the band Spendtime Palace.

Adding to his talents, Wolfhard also is a musician. He played the guitar and also is the vocalist for the Canada-based band, Calpurnia, which dissolved in 2019. The band had a contract with Royal Mountain Records. He then became part of the band, The Aubreys. They released a single in March of 2020 followed by an EP. They continued releasing music into 2021.

Wolfhard has used his fame for good and gotten involved in a number of advocacy causes, including autism research and indigenous children rights. He also has raised money for struggling musicians through a benefit concert he organized called, "Strange 80s."

Though young, Wolfhard has already made quite an impact in Hollywood. He was listed in "Variety" in their young Hollywood Youth Impact Report in 2017, 2018, and 2019. He also was named by "The Hollywood Reporter" as one of the top 30 stars under the age of 18 and has been listed in "Forbes" 30 under 30 list.

Wolfhard was rumored to be dating co-star Millie Bobby Brown, though the two both denied these rumors. In 2021, Wolfhard was romantically connected to actress Elsie Richter. 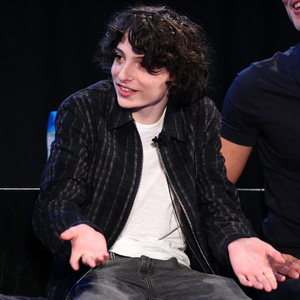