Finn Wittrock net worth: Finn Wittrock is an American actor and screenwriter who has a net worth of $5 million. Finn Wittrock was born in Lenox, Massachusetts in October 1984. He studied at the Los Angeles County High School for the Arts and The Juilliard School. Wittrock starred as Damon Miller on the soap opera All My Children from 2009 to 2011.

Since 2014 he has starred as Dandy Mott, Tristan Duffy, and Rudolph Valentino on the television series American Horror Story. Wittrock has starred in the movies Twelve, A New York Winter's Tale, Noah, Unbroken, Courage, The Submarine Kid, and The Big Short. He has also appeared in episodes of the TV series Cold Case, ER, CSI: Miami, Torchwood, Harry's Law, Criminal Minds, Law & Order: Special Victim's Unit, Masters of Sex, and Deadbeat. He has been nominated for a Primetime Emmy Award and a Critics Choice Television Award for American Horror Story and for a Screen Actors Guild Award for The Big Short. 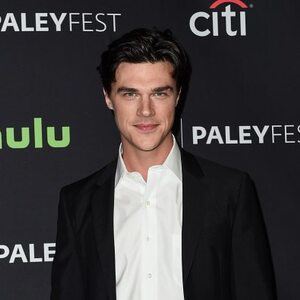