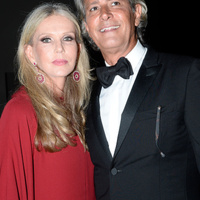 Fernanda Souza Net Worth: Souza was born on June 18, 1984 in São Paulo, Brazil who has a net worth of $10 million. Fernanda Souza's acting career got its initial start in a commercial for children's dolls at the age of five, in the year of 1989. Her first major role was in the year of 1992 at the age of 8, when she starred as herself in the Brazilian children's television show: X-Tudo. Soon after that, she made an appearance on the show Você Decide. Her next role was on the show Retrato de Mulher after her talent was recognized from her previous television work. In 1997, at the age of 14, Souza starred in the role that would prove to make her become famous by starring as "Mili", the main character on the show Tiny Angels Brazil, the adaptation of the novel Chiquititas. Since then, Souza has starred in a variety of both television shows and feature length films. Most recently, Souza has starred as the character "Aninha" in the movie Muita Calma Nessa Hora 2 in the year of 2013, which was the sequel to the 2010 feature film Muita Calma Nessa Hora.