How much is Fernanda Lima Worth?

Fernanda Lima Net Worth: Fernanda Lima is a Brazilian actress who has a net worth of $18 million. Lima has found herself working as an actress, model, businesswoman, journalist, and television host throughout her career. She was born in 1977 to two professors of physical education. She showed an interest in journalism at a young age, taking to the streets with a camera and her two brothers to do research on voting at election time. Lima began modeling at age 14, and has appeared in publications such as I-D, Nova, Marie Clair, Elle, and GQ. She also appeared in Italian-led advertising campaigns. She began her television career in 1999 on MTV Brazil. She got her degree in Journalism from Centro Universitário das Faculdades Metropolitanas Unidas. She then moved on to work for RedeTV! where she hosted two different television programs. In 2005, after hosting several other television shows, Lima began acting in telenovelas, despite no formal training. After a rocky start, she found her foothold in some supporting roles. She has appeared for FIFA to draw lots for their World Cup Qualifiers in the past. Lima is married to actor Rodrigo Hilbert. The couple has twin sons together, João and Francisco. The Brazilian entrepreneur is a practicing vegetarian and a proponent of yoga. 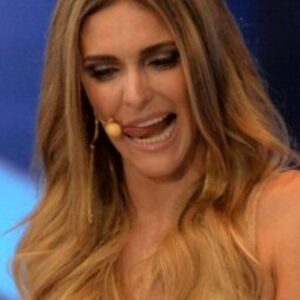