What is Felicity Huffman's net worth and salary?

Felicity Huffman is an actress and director who has a net worth of $45 million. That is a combined net worth with her husband, fellow actor William. H. Macy. Felicity Huffman is probably most famous for acting in films such as Georgia Rules, Phoebe in Wonderland, Christmas With the Kranks, Transamerica and Magnolia. She has also had acting roles in several television series such as Raven, X-Files, Sports Night and, most notably, Desperate Housewives.

As of this writing she has won a Primetime Emmy Award, a Golden Globe and a Screen Actors Guild Award. She was nominated for an Academy Award for Best Actress in 2005 for Transamerica.

In recent years Felicity earned some notoriety for her involvement in the infamous college bribery and cheating scandal. She was arrested in March 2019 and ultimately served two weeks in federal jail.

Felicity Huffman was born in Bedford, New York in 1962. She is the daughter of Grace Valle, an actress, and Moore Peter Huffman, a banker. She comes from a large family of six sisters, Mariah, Isabel, Jessie, Grace, Betsy and Jane, and one brother, Moore Jr. Her parents divorced when she was just an infant and she was raised by her mother in Putney, New York.

Felicity attended a boarding middle school in Putney and the Interlochen Art Academy in Michigan. From there she continued her education at New York University, where she earned a Bachelor of Fine Arts degree in drama.

She began her acting career in 1988, on Broadway, in the production of Speed The Plow and went on in the same year to star in the films, Lip Service and Things Change. In 1992 she played the part of Annie in The Heart of Justice, and in 1996 she landed the role of Peggy Maclin in Harrison: Cry of the City.

On the ABC show, Sports Night, Huffman was cast in the role of Dana Whitaker, an executive producer. She is widely known for starring in Desperate Housewives on ABC, in the role of Lynette Scavo. Huffman has been very busy with her roles in plays, on the big screen and television, as well as being the co-author of "A Practical Handbook for the Boyfriend," a self-help book. She has also starred in films with actor/husband William H. Macy, such as in the drama, Keep Coming Back. 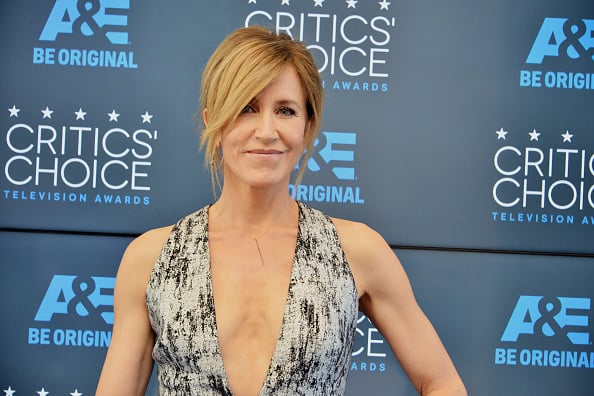 How much did Felicity Huffman make per episode of Desperate Housewives at her peak? $275,000

Huffman won the 1994-95 OBIE Award for her role as Donny, in the theatre production of "Cryptogram." She was also awarded an Emmy for her role in Desperate Housewives, as well as two Screen Actors Guild Awards for Best Actress in a comedy series and Part of Best Ensemble for a Comedy Series. For her role in Transamerica, she was awarded the Golden Globe Award for Best Actress. In 2009, Huffman and actor/husband William H. Macy received their stars on the Hollywood Walk of Fame, which many people felt was way overdue.

Felicity and William H. Macy dated for 15 years before marrying in September 1997. They have two daughters, Sophia and Grace.

On March 12, 2019 Felicity Huffman was arrested by FBI agents in connection to a widespread college bribery scandal. Felicity allegedly paid a $15,000 bribe, disguised as a charitable donation, to have her daughter Sophia's SAT test conducted by a tutor who altered the scores. The goal was to help Sophia get accepted into Georgetown University. Felicity was arrested in an early-morning raid at her Hollywood Hills mansion. She was released after posting a $250,000 bond.

In May 2013 Felicity pleaded guilty to honest services fraud. In September 2019 she was sentenced to 14 days in jail and ordered to serve one year of supervised release, perform 250 hours of community service and pay a $30,000 fine. She reported to a Federal Correctional Institute in Dublin, California on October 15, 2019. She was released on October 25, 2019, two days early. No charges were ever filed against William H. Macy.

Just as the trial was unfolding, Felicity appeared in the Netflix series "When They See Us" as prosecutor Linda Fairstein. The series was filmed before the scandal. She did not appear in any films, television shows or theater productions in 2020 or 2021. 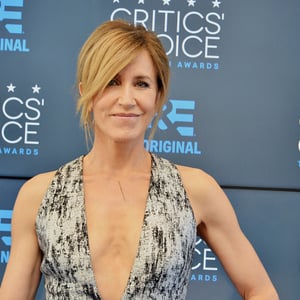