Felicia Day Net Worth: Felicia Day is an American actress, comedian, and writer who has a net worth of $1 million. Felicia Day was born in Huntsville, Alabama. She started acting at eight years old in a production of To Kill a Mockingbird. Felicia studied singing and ballet and started college at 16 after being home schooled.

She attended the University of Texas at Austin after turning down the Julliard School of Music. She moved to Los Angeles, California to pursue acting. Her first role came in the film Strings in 2001 and she appeared in episodes of the TV series Emeril. In 2003 she starred as Vi in the series Buffy the Vampire Slayer. From 2008 to 2010 Day had a recurring role in the TV series The Legend of Neil. She starred in Dragon Age: Redemption in 2011 and in A Town Called Eureka from 2011 to 2012. From 2007 to 2013 Day starred in the TV series The Guild. She starred in the series Supernatural from 2012 to 2013 and Outlands in 2013. Since 2012 she has voice acted in the series The High Fructose Adventures of Annoying Orange. Day has starred in the movies Bring it On Again and June. She also starred in the Internet musical Dr. Horrible's Sing-Along Blog. She wrote and produced the web series The Guild and wrote the web series Dragon Age: Redemption. She served on the board of directors of the International Academy of Web Television from 2009 until 2012. She has won three Streamy Awards and three IAWTV Awards. 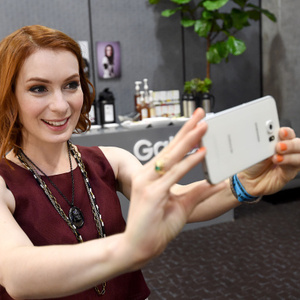