Federico Castelluccio is an Italian-born, American actor who has a net worth of $4 million. He is best known for his role on the HBO television series, The Sopranos but has been acting in television and film since 1986.

He was born in Naples, Italy and his family moved to Paterson, New Jersey when he was four years old. In 1982, Castelluccio was awarded a full scholarship to the School of Visual Arts in New York City, where he earned a BFA in painting and media arts. He began his career in acting in 1986 with film credits that include works like Made, Fire, Diary of a Hitman, and more recently he has appeared in El Cantante and the crime-thriller Aftermath. In television, Federico's credits include NYPD Blue and his best known role as the Neapolitan enforcer "Furio Giunta" in The Sopranos. Castelluccio is an internationally renowned painter, art collector, and connoisseur of old master, baroque paintings. From an early age it was evident that Federico had talent and an innate ability for drawing and painting; he was determined to pursue a life in art. Castelluccio has traveled extensively to Europe for the sole purpose of drawing and painting. He has spent time working in France, Italy and Germany, inspired all along by the European old masters and contemporary realists. Castelluccio's focus has been mainly on painting the figure and still-life as well as trompe l'oeil and landscape. Castelluccio married Actress Yvonne Maria Schaefer in June, 2011. 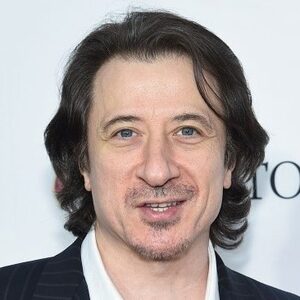