Faye Grant Net Worth: Faye Grant is an American actress who has a net worth of $4 million. Faye Grant was born in St. Clair Shores, Michigan in July 1957. Grant started off starring in the TV series The Great American Hero as Rhonda Blake from 1981 to 1982. The starred as Dr. Julie Parrish in the TV mini-series V: The Final Battle in 1984 and the TV seires V from 1984 to 1985.

Since 2001 Grant has starred as Tattie McKee in the television series State of Grace. She has also starred in the movies Foxfire Light, Crossing Delancey, The January Man, Internal Affairs, The Gun in Betty Lou's Handbag, Traces of Red, Drive Me Crazy, Manna from Heaven, and My Best Friend's Girl. In October 2014 a tape recording made by Grant years ago allegedly containing the voice of her ex-husband actor Stephen Collins confessing to sexual abuse against minors was under investigation. 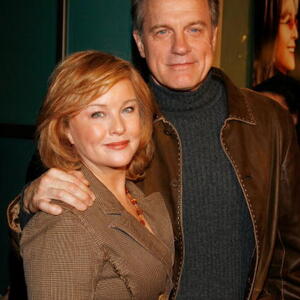