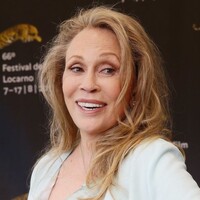 What is Faye Dunaway's Net Worth?

Faye Dunaway is an American actress who has a net worth of $50 million. Faye Dunaway is best known for her performances in such films as "Bonnie and Clyde," "The Thomas Crown Affair," "Chinatown," "Network," and "Mommie Dearest." She has also acted on stage in plays including "A Man for All Seasons," "Hogan's Goat," and "Master Class." Meanwhile, on television, Dunaway has appeared in numerous miniseries and made-for-TV movies.

Dunaway won her first Academy Award for Best Actress for her role in "Network."

Faye Dunaway was born as Dorothy Faye Dunaway on January 14, 1941 in Bascom, Florida to John and Grace. She is of English, German, and Ulster Scottish ancestry, and spent her childhood living throughout the United States and Europe. As a teen, Dunaway went to Leon High School in Tallahassee, where she took lessons in dance, piano, and singing. For her higher education, she attended Florida State University and the University of Florida before transferring to Boston University, from which she graduated with a degree in theater. While still in college, Dunaway spent a summer in a stock company at Harvard's Loeb Drama Center. She also took acting classes at the American National Theater and Academy and HB Studio.

Following her graduation from BU, Dunaway made her Broadway debut in Robert Bolt's play "A Man for All Seasons." She was next in Arthur Miller's "After the Fall," and then in "The Changeling" and "Tartuffe." From 1965 to 1967, Dunaway played Kathleen Stanton in William Alfred's acclaimed play "Hogan's Goat"; Alfred soon became her close mentor and advisor.

Dunaway made her film debut in 1967 in the crime comedy "The Happening." The same year, she appeared in Otto Preminger's drama "Hurry Sundown." However, Dunaway's breakthrough role came in her third 1967 film, Arthur Penn's "Bonnie and Clyde." Noted for its graphic violence and glorification of the titular real-life felons, the film was a box-office and critical smash; for her performance as Bonnie Parker, Dunaway earned her first Academy Award nomination for Best Actress. Now a major name on the big screen, Dunaway next starred in the heist film "The Thomas Crown Affair" and the romantic drama "A Place for Lovers." She closed out the 60s with further leading roles in "The Extraordinary Seaman" and "The Arrangement."

In 1970, Dunaway reunited with Arthur Penn to play a supporting role in his Western "Little Big Man." That same year, she starred in "Puzzle of a Downfall Child." Dunaway was subsequently in "The Deadly Trap," "Doc," "Oklahoma Crude," and "The Three Musketeers," in which she played the villainous Milady de Winter; she reprised this role in the sequel "The Four Musketeers." Dunaway gave one of her most famous performances in 1974, playing the lead female role of Evelyn Mulwray in Roman Polanski's neo-noir "Chinatown." A huge commercial and critical hit, the film earned 11 Academy Award nominations, including Dunaway's second for Best Actress. She had another major success the same year with the disaster epic "The Towering Inferno," which became the highest-grossing film of 1974. Dunaway was next in "Three Days of the Condor" and "Voyage of the Damned." In 1976, she finally won the Academy Award for Best Actress for her performance as ruthless television executive Diana Christensen in Sidney Lumet's "Network." Dunaway ended the decade playing the titular character in "Eyes of Laura Mars" and the former wife of Jon Voight's character in "The Champ." 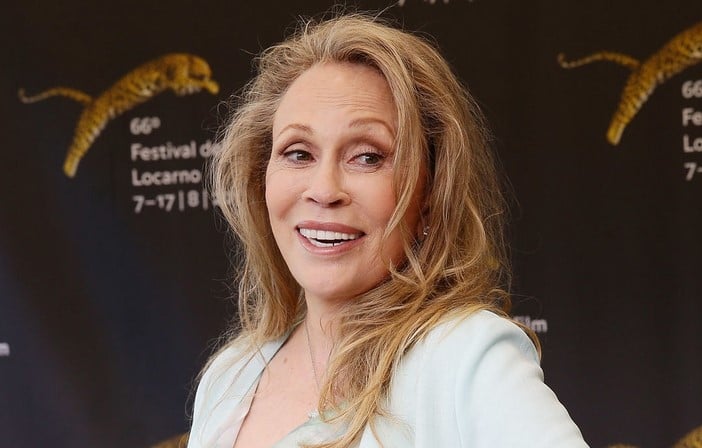 Dunaway began the 80s with a leading role in the crime thriller "The First Deadly Sin." She then gave perhaps one of the most notorious screen performances of all time in the 1981 biographical drama "Mommie Dearest." Portraying actress Joan Crawford as an abusive, tyrannical mother, Dunaway earned both praise and derision from critics. She subsequently starred in "The Wicked Lady," "Ordeal by Innocence," and "Supergirl." In 1987, Dunaway gave an acclaimed supporting performance in "Barfly." She was next in such films as "Midnight Crossing," "The Gamble," "Burning Secret," "The Handmaid's Tale," "Scorchers," "Arizona Dream," "The Temp," and "Don Juan DeMarco." Throughout the latter half of the 90s, Dunaway's credits included the family film "Dunston Checks In," the crime thriller "Albino Alligator," and the remake of "The Thomas Crown Affair."

In the early 00s, Dunaway appeared in "The Yards," "The Rules of Attraction," "Blind Horizon," and "El Padrino." Her credits later in the decade included "Rain," "Cougar Club," "The Gene Generation," "The Rage," and "21 and a Wake-Up." Following an eight-year hiatus from the big screen, Dunaway returned in 2017 to appear in three films: "The Bye Bye Man," "Inconceivable," and "The Case for Christ."

On television, Dunaway has mostly appeared in made-for-TV movies and miniseries. Her early credits in the former category include "The Woman I Love," "The Disappearance of Aimee," and "The Country Girl." In 1984, Dunaway played Maud Charteris in the miniseries "Ellis Island," for which she won a Golden Globe Award. She was subsequently in the miniseries "Christopher Columbus" and the television films "Thirteen at Dinner," "Beverly Hills Madam," "Casanova," and "Cold Sassy Tree."

In 1993, Dunaway had her first main role on a series in the sitcom "It Had to Be You"; however, the show was pulled from the air after just four episodes. The same year, she won an Emmy Award for her guest-starring role in an episode of "Columbo." Later in the decade, Dunaway was in the television films "The People Next Door" and "Gia," as well as the miniseries "Rebecca" and "A Will of Their Own." In 2000, she earned acclaim for her role in the television film "Running Mates." Her later television film credits have included "Anonymous Rex," "Back When We Were Grownups," "Midnight Bayou," and "A Family Thanksgiving." Dunaway has also appeared in episodes of such series as "Alias" and "Grey's Anatomy."

One of the most memorable moments of Dunaway's late career came at the 89th Academy Awards ceremony in 2017, when she presented the award for Best Picture alongside her "Bonnie and Clyde" costar Warren Beatty. The pair was given the wrong envelope, and when Beatty became visibly confused, he handed it to Dunaway, who proceeded to incorrectly announce "La La Land" as the Best Picture winner. The mistake was soon amended, and "Moonlight" was announced as the correct winner.

Dunaway has had many romantic relationships throughout her life. Her first major one was with stand-up comic Lenny Bruce in 1962. Later, in 1967, she was engaged to photographer Jerry Schatzberg; they called off their engagement the following year. Dunaway subsequently had an affair with married Italian actor Marcello Mastroianni, who was her costar in the film "A Place for Lovers." In 1974, Dunaway married her first husband, singer Peter Wolf of the J. Geils Band; they divorced in 1979. She next wed British photographer Terry O'Neill in 1983, three years after they adopted a son named Liam. Dunaway got divorced from O'Neill in 1987, after which time she dated English author Frederick Forsyth, and then entertainment executive Warren Lieberfarb. Her most recent publicized romantic relationship was with French actor Bernard Montiel, whom she was dating in the mid 90s.