Farhan Akhtar Net Worth: Farhan Akhtar is an Indian actor, screenwriter, film director, producer, television host, playback singer and lyricist who has a net worth of $2.5 million. Born on 9 January 1974 in Mumbai, Maharashtra, India, he was raised under a heavy influence of the film industry as his parents were screenwriters.

Initially educated at Maneckji Cooper school, he continued to study at the HR College, Mumbai, where he pursued a degree in commerce. However, he opted to drop out of college in order to start a career in films. At first, he served as an assistant director in Lamhe (1991) and Himalay Putra (1997) before establishing himself as a director. In 2001 he teamed up with Ritesh Sidhwani to set up a production company named Excel Entertainment. Thus, he made his directorial debut with Dil Chahta Hai (2001), for which he won the National Film Award for Best Feature Film in Hindi. He then moved on working on lots of projects as: "Lashya" "Don" "Honeymoon Travels Pvt. Ltd. and "Positive". As for his acting career, it started out in a musical film "Rock On!! for which he also produced and wrote the dialogues. He later appeared in: "The Fakir of Venice" and "Zindagi Na Milegi Dobara". Filmmaking and acting aside, Akhtar has also served a judge in the beauty pageant, Femina Miss India, a judge in Nach Baliye and he has hosted a TV show on NDTV Imagine called Oye! It's Friday! 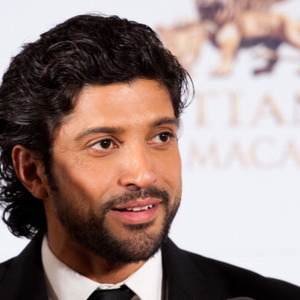