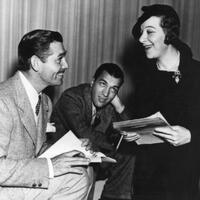 Fanny Brice net worth: Fanny Brice was an American model, comedian, singer, and actress who had a net worth of $10 million. Fanny Brice was born in New York City, New York in October 1891 and passed away in May 1951. Brice was well known as the creator and star of the radio comedy series The Baby Snooks Show. Brice was the subject of the Broadway show Funny Girl and its film adaption in 1968 in which she was portrayed by Barbra Streisand. As an actress Brice starred in the films My Man, Be Yourself!, The Man from Blankey's, Crime Without Passion, The Great Ziegfeld, Everybody Sing, and Ziegfeld Follies. As a singer her signature song was "My Man" and she also had success with "Second Hand Rose". Brice was a posthumous winner of a Grammy Hall of Fame Award. In 1960 she received two stars on the Hollywood Walk of Fame for Motion Picture and Radio. Fanny Brice passed away on May 29, 1951 at the age of 59 from a cerebral hemorrhage.