How much is Fannie Flagg Worth?

Fannie Flagg net worth: Fannie Flagg is an American actress, comedian, and author who has a net worth of $1.5 million. She is best known for authoring Fried Green Tomatoes and starring on Match Game.

Fannie Flagg was born in Birmingham, Alabama in September 1941. She first authored the book Daisy Fay and the Miracle Man in 1981. Flagg also authored books including Fried Green Tomatoes at the Whistle Stop Café in 1987, Can't Wait to Get to Heaven in 2006, I Still Dream About You in 2010, and more. As an actress she starred as "Mike" Preston on the television series The New Dick Van Dyke Show from 1971 to 1973. Fannie Flagg starred as Cassie Bowman on the TV series Harper Valley P.T.A. from 1981 to 1982. She appeared in several films including Five Easy Pieces, Stay Hungry, Rabbit Test, Grease, Fried Green Tomatoes, Crazy in Alabama, and more. She appeared in more than 400 episodes of Match Game from 1973 to 1980. Flagg was nominated for an Academy Award in 1992 for Fried Green Tomatoes. 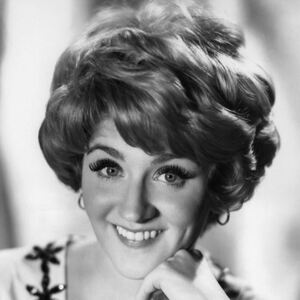