How much is Fan Bingbing Worth?

Fan Bingbing net worth and salary: Fan Bingbing is a Chinese actress, singer, and producer, who has a net worth of $100 million. Fan has consistently ranked as one of the highest-paid actresses in the world in recent years. In a typical year Fan Bingbing earns $15 – $25 million from endorsements and film salaries, making her one of the highest paid actresses in the world. She has dozens of endorsement contracts with companies like L'Oreal and Chopard. American audiences know Fan for her appearances in the "X-Men" and "Iron Man" film franchises.

After rising to fame in the late 90s on the television series "My Fair Princess," she went on to star in films including "Cell Phone," "Lost in Beijing," "I Am Not Madame Bovary," and "X-Men: Days of Future Past." In 2018, Fan was covertly detained by Chinese authorities over charges of tax evasion, causing her to mysteriously disappear for three months.

Tax Issues: Fan Bingbing disappeared for several months starting in mid-2018. Chinese authorities claimed she was hiding to obstruct their investigation into tax-dodging charges. In October 2018 Chinese tax authorities announced they were fining Fan Bingbing the equivalent of $70 million USD for tax evasion. She was at one point asked to pay an additional $50 million to avoid further charges.

Early Life and Career Breakthrough: Fan Bingbing was born in 1981 in Qingdao, Shandong, China, and was raised in Yantai. She has a younger brother, Fan Chengcheng. Fan is a graduate of the Shanghai Xie Jin Film and Television Art College and the Shanghai Theatre Academy. In 1996, she made her television debut on the series "Powerful Woman," and subsequently appeared on "Master Ma."

Fan achieved widespread recognition in 1998 and 1999, when she played the supporting role of Jin Suo on the first two seasons of the costume drama series "My Fair Princess." A major success in Asia, the program made Fan a household name. Following this, the actress had roles on the programs "The Scary Folktales – Black Moth," "The Act of the Youngs," "Master of Zen," "Legend of Dagger Li," and "My Fair Princess II," on which she reprised her character Jin Suo.

Film Career in the 2000s: In 2001, Fan made her transition to the big screen in the film "Reunion." However, her first big movie success came the next year, when she was in both "The Lion Roars" and "Fall in Love at First Sight." For her performance in the latter, Fan was nominated for Best Actress at the Hundred Flowers Awards. The actress had an even bigger triumph in 2003, starring in the dramedy "Cell Phone." The highest-grossing film that year in China, it earned Fan nominations from the Huabiao Awards, the Golden Rooster Awards, and the Chinese Film Media Awards, as well as a win at the Hundred Flowers Awards. Fan was subsequently in the action fantasy "The Twins Effect II" and the fantasy adventure "A Chinese Tall Story."

More critical acclaim came Fan's way in 2006 and 2007. She received a Golden Bauhinia Award nomination for the war drama "A Battle of Wits," and won a Golden Horse Award for her work in the horror film "The Matrimony." During this time, she also appeared in "Sweet Revenge," "Lost in Beijing," "Flash Point," "Contract Lover," and "Crossed Lines." Fan closed out the decade with performances in "Home Run," "Desires of the Heart," "Shinjuku Incident," "Sophie's Revenge," "Wheat," and the historical action film "Bodyguards and Assassins," costarring Donnie Yen and Tony Leung. 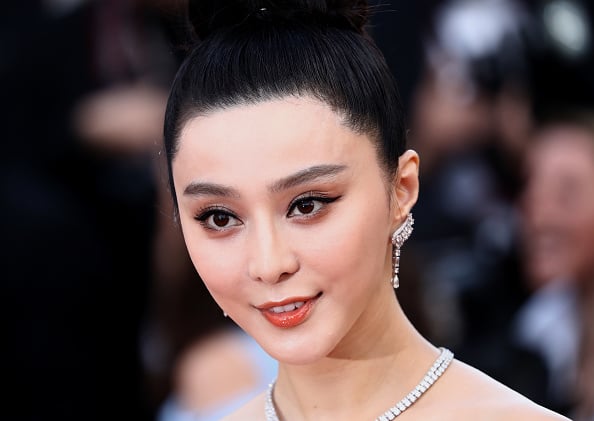 Film in the 2010s: Fan began the 2010s with a starring role in the historical epic "Sacrifice." Later that year, she starred in the drama film "Buddha Mountain," winning Best Actress at the Tokyo International Film Festival. In 2011, Fan was in the martial arts film "Shaolin," costarring Jackie Chan and Andy Lau; the French film "Stretch"; and the South Korean war drama "My Way." Further critical and commercial success came in 2012 with the release of "Double Xposure," in which Fan played a traumatized young woman experiencing hallucinations. Later that year, she had a cameo in the blockbuster Chinese film "Lost in Thailand."

In 2013, Fan appeared in the mainland Chinese version of "Iron Man 3." She also starred in the low-budget romcom "One Night Surprise," which grew into a commercial success. The next year, Fan made a full transition to Hollywood films when she played the mutant Blink in the superhero movie "X-Men: Days of Future Past"; for her work, the actress gained increased global fame. That year, she also received great acclaim for her performance in the Chinese fantasy epic "The White Haired Witch of Lunar Kingdom." Later credits have included "Ever Since We Love"; the action comedy "Skiptrace," with Jackie Chan and Johnny Knoxville; "L.O.R.D: Legend of Ravaging Dynasties," the first computer-animated motion film from China; the comedy "I Am Not Madame Bovary"; the aerial war film "Sky Hunter"; and the American spy film "The 355."

Television Career: Beyond her success on "My Fair Princess," Fan has been on such programs as "The Book of Love," "Floating in Chaos," "The Great Qing Empire," "Red Poppies," "Mu Guiying," "The Proud Twins," and "The Legend and the Hero." In 2014, she began starring on and producing the historical drama series "The Empress of China," playing the only female emperor in Chinese history, Wu Zetian. The next year, she joined the "Amazing Chinese" variety show as a judge, and was a contestant on the reality show "Challenger's Alliance."

Personal Life: In 2017, Fan got engaged to actor and director Li Chen; in 2019, they called off the engagement and separated.

In 2018, Wuxi City and Jiangsu Provincial tax authorities launched an investigation into a potential case of tax evasion on Fan's part. The actress was later presumed missing, as she had not been seen in public for close to three months. In October, she appeared on social media and issued a public apology. Consequently, the Chinese authorities fined her over $127 million.

Honors: Among her many honors, Fan has been named numerous times by Forbes China as the highest-paid celebrity in the country. In 2006, the publication gave Fan its most coveted award, the Star of the Year, in recognition of her popularity, copious press coverage, and website hits. She was also feted at the 2017 Time 100 Gala in Manhattan, and served on the jury of the 70th Cannes Film Festival. 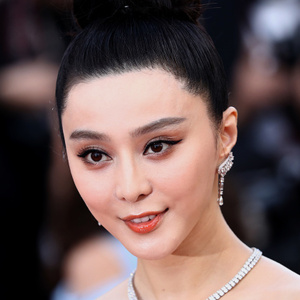