Faith Ford Net Worth: Faith Ford is an American actress who has a net worth of $4 million. Faith Ford grew up in Pineville Louisiana, but was born in Alexandria. She is the youngest daughter of schoolteacher Pat and insurance agent Charles Ford. She got the chance to act in several high school plays and her final year of high school saw her become a finalist for a model search for Teen Magazine.

At just age 17, she made her way to New York where she appeared in several commercials and modeling acts. She soon got recurring roles in soaps such as One Life to Live and Muffy. Faith moved to Hollywood in the year 1884 where she landed a role as Janine, a secretary, on the prime time show ThirtySomething. She also managed to make guest appearances on other shows. Her big break came when she was cast in the movie You Talking to Me. To date, not many of her fans even know about the movie. However, in 1988, after initially turning down the role of Corky in Murphy Brown, she eventually joined the cast. For her efforts on the show, Faith received 5 Emmy nominations. Fans particularly enjoyed watching her morph from a blonde beauty queen to a professional reporter. Having worked on the show for 9 seasons, faith felt that it was time for a change, hence her decision to join the cast for Night Visitors and Her Desperate Choice. Faith also starred in the sitcom Hope and Faith, as a peaceful home wife whose orderly life is disrupted by the arrival of her sister. She is currently starring in the series Mind Body Balance. 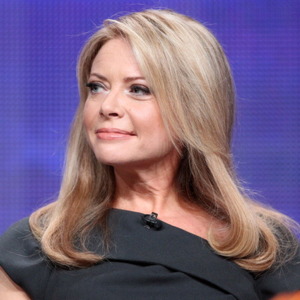