Fairuza Balk net worth: Fairuza Balk is an American film actress who has a net worth of $2 million. Fairuza Balk has appeared in a range of television series and films, both as a child actress and as an adult. As a child actress, she is best known for her role as Dorothy in Disney's "Return to Oz," which was released in 1985. As an adult, she has appeared in movies such as "American History X," "The Waterboy," and "Almost Famous."

Early Life: Fairuza Balk was born on May 21st of 1974 in Cloverdale, California. Her parents introduced her to art from a young age. Her mother is a trained dancer who specializes in traditional forms of dance, and her father is a musician who co-founded the psychedelic rock group Kaleidoscope. After living in California for the first two years of her life, Fairuza moved to Vancouver, Canada to begin her acting career at age six.

Early Acting Career: Fairuza booked her first role in the television film "The Best Christmas Pageant Ever," but she soon followed that up with an even bigger acting gig after moving to London, England. She auditioned for the role of Dorothy in Walt Disney's "Return to Oz" and booked the role. This was the spark that launched Balk's career, even though the film was considered a box office flop. After booking further minor roles, she joined the cast of "Valmont," which was filmed in Paris. In this film, she played a 15-year old girl who is seduced by a variety of suitors. After choosing to take correspondence classes instead of attending high school, Fairuza Balk moved to Los Angeles where she pursued a professional acting career.

Acting Career As An Adult: Moving to Hollywood proved to be a smart decision, as Fairuza Balk soon gained notoriety for her role in "Gas Food Lodging." She was awarded an Independent Spirit Award for her performance. In the mid-'90s, Fairuza Balk began to find her niche in darker films. She landed a leading role in "The Craft," a 1996 horror film in which she played a teenage witch. This film helped develop her trademark goth image. One of her biggest roles was in "American History X," in which she played the Neo-Nazi girlfriend of Edward Norton's character. She also appeared in "The Waterboy" and "The Island of Dr. Moreau." In the year 2000, she appeared in "Almost Famous."

Aside from mainstream movies, Fairuza Balk has been part of a wide range of artistic and independent films. These include Crispin Glover's "What Is It?" and "Personal Velocity: Three Portraits."

In addition, Fairuza Balk has experienced considerable success as a voice actor. Over the years, she has lent her voice to television series such as "Justice League" and "Family Guy." She has also worked as a voice actor on various video games, such as "Grand Theft Auto: Vice City" and "Lords of Everquest."

Work Outside of Acting: Fairuza Balk is an accomplished artist outside of film. In the world of music, she briefly joined a band called G-13, and released a solo single called "Stormwinds." She also participated in an art show called "MiXTAPE," where various individuals created art based on the musical songs of their choosing. Balk has also exhibited art in Los Angeles on more than one occasion. 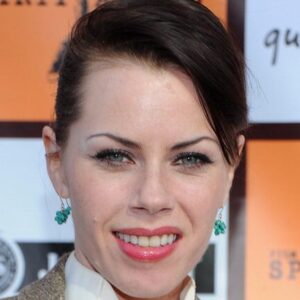