Fabiana Udenio net worth: Fabiana Udenio is an Argentine Italian actress who has a net worth of $5 million. Fabiana Udenio was born in Buenos Aires, Argentina in December 1964. She is best known for playing the role of Alotta Fagina in the movie Austin Powers: International Man of Mystery. Fabiana moved to Italy and was crowned Miss Teen Italy at 13.

Her first role came in the movie Boarding School in 1978. From 1999to 2000 she starred as Pia Claire in the television series Amazon. From 2008 to 2011 Udenio had a recurring role as Atoosa Shirazi in the TV series 90210. She has also starred in the movies The Warning, Hardbodies 2, Summer School, Re-Animator 2, RoboCop 2, Diplomatic Immunity, Anni 90, In the Army Now, The Godson, and Slammed. Udenio has also appeared in episodes of the TV series Designing Women, Quantum Leap, Walker, Texas Ranger, Renegade, NYPD Blue, Wings, Carole in the City, The John Larroquette Show, Mad About You, Babylon 5, Suddenly Susan, The Magnificent Seven, CSI: Miami, and Mistresses. 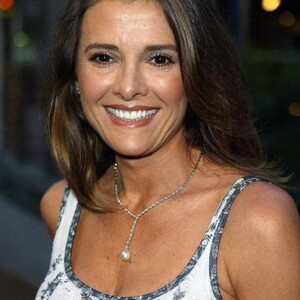