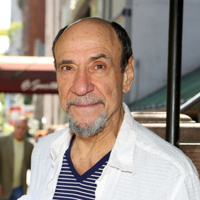 Abraham began his acting career on the stage, debuting in a Los Angeles production of Ray Bradbury's "The Wonderful Ice Cream Suit". Abraham made his screen debut as an usher in the George C. Scott comedy "They Might Be Giants" in 1971. Films he has had a role in include "The Sunshine Boys", "All the President's Men", "Scarface", "The Name of the Rose", "Mighty Aphrodite", "Star Trek: Insurrection", "Finding Forrester", and "Bonfire of the Vanities". He also played one of the talking grapes in the old Fruit of the Loom underwear commercials. Abraham has been married to Kate Hannan since 1962. They have two children and one grandchild.

From 2012 to 2018 F. Murray Abraham starred as Dar Adal on Showtime drama on "Homeland". Throughout his life he has acted in plays on and off Broadway.