Ewen Bremner Net Worth: Ewen Bremner is a Scottish actor who has a net worth of $5 million. Born in 1972 in Edinburgh, Scotland, to artist parents, Ewen Bremner grew up dreaming of becoming a circus clown. When TV director Richard D. Brooks gave him an opportunity to pursue show business, Bremner jumped at the chance.

He made his on-screen debut in 1985's "Heavenly Pursuits" and appeared in "Dreaming" a few years later for BBC Scotland. Bremner's best-known roles include "Trainspotting", "Pearl Harbor", and "Black Hawk Down". He appeared in "Elizabeth I", "The Lost Room", "Ian Rankin Investigates Dr. Jekyll and Mr. Hyde", "16 Years of Alcohol", "Match Point", "Death at a Funeral", "Fool's Gold", "The Day of the Triffids", "My Name is Earl", "The Zero Sum", "Blackout", "A Poet in New York", "Great Expectations", "Page Eight", "Strike Back", "You Will Meet a Tall Dark Stranger", and "Salting the Battlefield". Bremner has worked alongside fellow actor Ewan McGregor several times during his career, including in "Trainspotting", "Black Hawk Down", "Perfect Sense", and "Jack the Giant Slayer". The five-foot-eight actor typically plays characters who are physically injured or assaulted during filming. He named his daughter Harmony after meeting and working with director and producer Harmony Korine on 1999's "Julien Donkey-Boy". 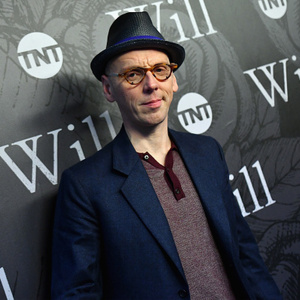