What is Ewan McGregor's Net Worth and Salary?

Ewan McGregor is a Scottish actor who has a net worth of $25 million. Today, Ewan McGregor is probably best known for playing roles like Obi-Wan Kenobi in the Star Wars prequel trilogy. He is also famous for his roles in movies such as "Moulin Rouge!" and "Trainspotting." Over the course of his career, Ewan has won many awards, including a Golden Globe. In 2004, he was named the fourth-most-influential person in British culture. Outside of film and television, McGregor is an established theater actor.

Ewan Gordon McGregor was born on March 31st of 1971 in Perth, Scotland. Raised alongside an older brother in Crieff, McGregor was inspired to get into acting by his uncle, Denis Lawson, an established actor who appeared in the original Stars Trilogy as X-Wing pilot Wedge Antilles. Ewan dropped out of school at age 16 to become a stagehand at Perth Theater. He later studied drama at the Kirkcaldy College of Technology before moving to London at the age of 18. After arriving in England's capital, he continued his drama studies at the Guildhall School of Music and Drama.

Even before McGregor had graduated from drama school, he had booked a leading role in the mini-series "Lipstick on Your Collar." The role helped him gain the attention of the film industry in Britain, and soon enough he was booking roles in more mini-series like "Scarlet and Black" and films like "Being Human." Shortly after appearing in this debut film role, Ewan starred in "Shallow Grave." The movie helped McGregor appeal to a wider audience, and he collaborated with director Danny Boyle for the first time. Not only that, but he also won an Empire Award for his performance.

McGregor truly arrived on the international stage after Danny Boyle cast him as the lead in "Trainspotting." Ewan joined a cast of other actors who portrayed a group of Scottish heroin addicts, and the film won considerable acclaim from critics. Today, it's recognized by many as the best Scottish film of all time and one of the best British films ever made. It was also incredibly successful at the box office, grossing $72 million on a budget of less than $2 million.

Ewan followed up with a leading role in the romantic film "Little Voice" before getting the chance to play the role of a lifetime. In 1999, George Lucas cast McGregor as a young Obi-Wan Kenobi in "Star Wars Episode I: The Phantom Menace." The long-awaited prequel trilogy was met with mixed reactions from critics and fans alike, but 'The Phantom Menace" was undeniably successful at the box office with global ticket sales of $1.027 billion.

Ewan McGregor spent the next few years with a strong focus on the Star Wars universe, reprising his role in "Star Wars Episode II: The Attack of the Clones" and "Star Wars Episode III: Revenge of the Sith." In total, the prequel trilogy earned over $2.5 billion at the box office. While critics weren't exactly fond of the prequels, most agreed that McGregor's portrayal of Obi-Wan was one of the best parts of the trilogy.

During this period, McGregor also found time to land another iconic role in "Moulin Rouge!" The 2001 film was another box office success, and it earned McGregor his first Golden Globe Award. In 2003, Ewan McGregor starred in three films: "Down With Love," "Young Adam," and "Big Fish." Ewan McGregor won critical acclaim for all three roles and proved that he had a knack for choosing high-quality projects.

During the next period, McGregor established himself as a voice actor with roles in animated movies like "Robots" and "Valiant." Over the course of his career, Ewan has narrated various films and TV series. In 2005, he returned the science fiction genre and starred in "The Island" alongside Scarlet Johansson. That year, he also starred in "Stay." To finish off the rest of the 2000s, McGregor starred in films like "Cassandra's Dream," "I Love You Phillip Morris," "The Ghost Writer," and "Angels & Demons."

Ewan kicked off the 2010s with a second Golden Globe nomination for his performance in "Salmon Fishing in the Yemen." In 2012, he appeared in "August: Osage County" before landing a role in 2015's "Mortdecai." McGregor tried his hand at directing with 2016's "American Pastoral," and he also starred in the film. In 2017, he reprised his iconic role in the sequel, "T2 Trainspotting." That year, he also booked a role in Disney's live-action adaption of "Beauty and the Beast," starring Emma Watson. To wrap up the year, he joined the cast of "Fargo" for the third season of the FX series. While on set, he met his future romantic partner, Mary Elizabeth Winstead.

Towards the end of the 2010s, McGregor starred in "Christopher Robin," "Dr. Sleep," and "Birds of Prey." In 2019, it was announced that Ewan would be starring in his own series for Disney+. In the announcement, Disney explained that the series would focus on the life of Obi-Wan Kenobi, much to the delight of Star Wars fans around the globe. 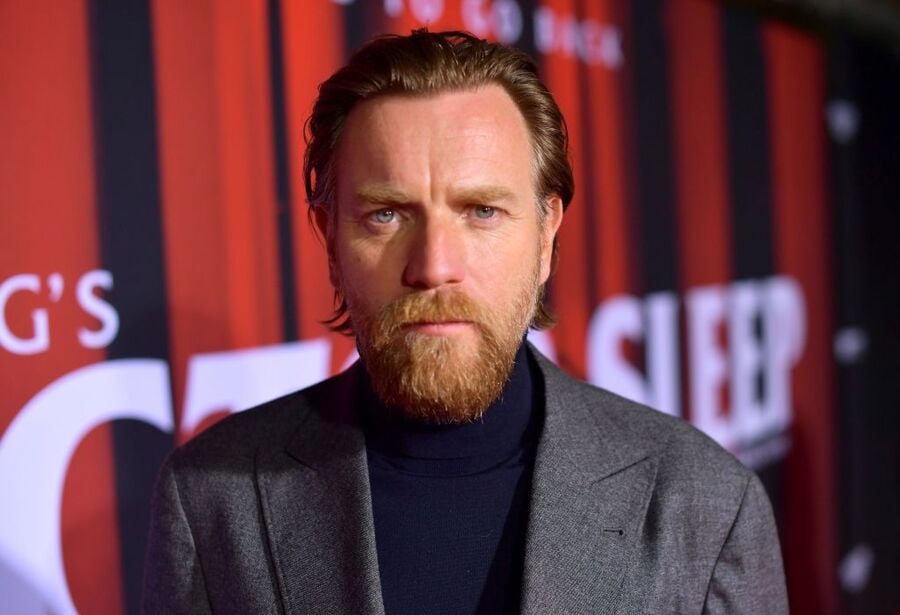 In 2002, Ewan McGregor and his then-wife Eve Mavrakis purchased a property in Los Angeles for about $1.9 million. The 1930s-style property in Brentwood became their family home for the next few years, but things changed when Mcgregor and Mavrakis separated in 2018. McGregor initially filed for divorce from Mavrakis, and California law states that all assets must be split down the middle – regardless of who actually earned the money.

However, in 2019 it was reported that judges would most likely give Mavrakis the entire family house because she had sole custody of the children. During Californian divorce proceedings, the home is usually given to the parent with custody of the children in order to provide the young ones with a stable home. Although Ewan requested joint custody, he was denied. It was estimated that McGregor would lose $4 million due to this ruling.

While all of this was happening, Ewan McGregor was house shopping with his new romantic partner, Mary Elizabeth Winstead. Their secret romance was the catalyst for McGregor's divorce, and he separated from his wife shortly after compromising pictures of him and Winstead were published in 2017. In 2019, it was reported that the couple had purchased a new home in Topanga Canyon.

In August 2020 Ewan and Eve reached a final settlement to conclude their 22-year marriage. The settlement gave Eve a $6.6 million home, her jewelry, a bank account with $500,000 and five cars. She will also receive a portion of Ewan's ongoing royalties from movies he starred-in during the marriage. That includes three "Star Wars" movies in addition to several other blockbusters. Furthermore, Ewan will proved $15,000 per month in child support AND $36,000 per month in spousal support for a total monthly obligation of $51,000. That essentially means Ewan must earn around $1.2 million per year pre-tax to pay support. For his part, Ewan got to keep 30 vehicles! 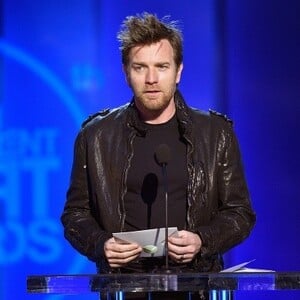