What is Eve Plumb's Net Worth and Salary?

Eve Plumb is an American actress who has a net worth of $7 million. Eve Plumb is best known for playing middle daughter Jan Brady on the ABC sitcom "The Brady Bunch." Elsewhere on television, she starred in the made-for-TV movie "Dawn: Portrait of a Teenage Runaway" and the 1978 miniseries adaptation of "Little Women." Plumb has also acted in such films as "Nowhere" and "Blue Ruin," and on stage in productions of "Miss Abigail's Guide to Dating, Mating and Marriage" and "Love, Loss, and What I Wore."

Eve Plumb was born in 1958 in Burbank, California to Neely and Flora. She has a sister named Flora and a brother named Ben.

At the age of seven, Plumb started to appear in commercials on television. Soon, she began acting in episodes of a variety of shows throughout the latter half of the 60s. From 1966 to 1969, Plumb appeared in episodes of "The Big Valley," "The Virginian," "Lassie," "It Takes a Thief," "Mannix," "Family Affair," "Lancer," and "Gunsmoke."

Plumb had her acting breakthrough in 1969, when she began playing middle sister Jan Brady on the ABC sitcom "The Brady Bunch." Her screen siblings were played by Maureen McCormick, Susan Olsen, Barry Williams, Christopher Knight, and Mike Lookinland. Plumb's character Jan was known for her frequent envy of her older sister Marcia, which resulted in the famous, exasperated catchphrase "Marcia, Marcia, Marcia!"

One of the last old-fashioned family sitcoms on television, "The Brady Bunch" ran for five seasons through 1974. Although never a critical or commercial hit during its original run, the show grew in popularity when it went into syndication. Due to this, "The Brady Bunch" spawned a number of reunion films and spinoff series, including the Saturday morning cartoon "The Brady Kids"; the television movies "The Brady Girls Get Married," "The Brady Brides," and "A Very Brady Christmas"; and the short-lived sequel series "The Bradys." In 2019, Plumb appeared alongside her former cast mates in the HGTV miniseries "A Very Brady Renovation," which focused on the renovation of the Studio City, California home that was used for exterior shots on "The Brady Bunch." 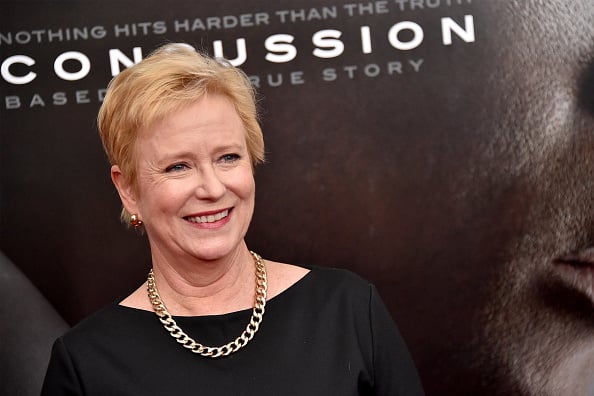 Following the conclusion of "The Brady Bunch," Plumb had her next significant role in the 1976 NBC television drama "Dawn: Portrait of a Teenage Runaway." She played Dawn Wetherby, a teenager who runs away from her California home to become a prostitute. Plumb subsequently appeared in the anthology series "Quinn Martin's Tales of the Unexpected," and then reprised her role as Dawn Wetherby in the television film sequel "Alexander: The Other Side of Dawn." Her other credits in the 70s include episodes of "Wonder Woman," "Insight," "The Love Boat," and "Fantasy Island." Plumb also played Beth March in a miniseries adaptation of Louisa May Alcott's "Little Women," and appeared in the television film "Secrets of Three Hungry Wives."

In the 80s, Plumb made guest appearances on such shows as "One Day at a Time," "The Facts of Life," and "Murder, She Wrote," and was in the television film "The Night the Bridge Fell Down." She had her next main role on the Saturday morning children's sitcom "Fudge," playing the mother of the titular character. Plumb was subsequently in episodes of "That '70s Show," "All My Children," and "Days of Our Lives." Among her other notable television credits, she played Mrs. Murdock in the 2016 Fox musical special "Grease: Live." Following that, she appeared in episodes of "The Path," "Blue Bloods," "Crashing," and "Bull."

On the big screen, Plumb made her debut with a small part in the 1988 blaxploitation parody film "I'm Gonna Git You Sucka." Later, in 1997, she was part of the ensemble cast of Gregg Araki's black comedy "Nowhere." Plumb's other film credits have included "Blue Ruin," "The Sisters Plotz," "Monsoon," and "Bagdad, Florida."

In 2010, Plumb had her first role on stage in New York; she originated the titular character in "Miss Abigail's Guide to Dating, Mating and Marriage," which was inspired by the eponymous book and website. Her next theatrical role in New York was in Nora and Delia Ephron's play "Love, Loss, and What I Wore," based on the eponymous book by Ilene Beckerman. In other stage credits, Plumb costarred with John Bolton in a production of the comedy play "Same Time, Next Year" in Beach Haven, New Jersey. In 2013, she played Aunt June in James Wesley's off-Broadway play "Unbroken Circle."

In 1995, Plumb married business and technology consultant Ken Pace. She divides her time between Los Angeles and a primary residence in New York City. Earlier, Plumb lived in Laguna Beach, where she served on the city's Design Review Board. A prolific painter, she has exhibited at galleries throughout the United States.

In 1969, right as she was first starring on "The Brady Bunch" Eve paid $55,000 for a beachfront home in Malibu, California. That's the same as spending around $400,000 in today's dollars, after adjusting for inflation. She was just 11-years-old at the time!

Eve owns a number of condos in New York City. In 2016 she paid $1.6 million for a penthouse in NYC that she uses as a rental property. In June 2021 she listed a different NYC apartment for sale for $1.8 million.