Memphis Eve Hewson Net Worth: Memphis Eve Hewson is an Irish actress who has a net worth of $8 million. Born Memphis Eve Sunny Day Hewson in Dublin, Ireland, in 1991, Eve Hewson is the daughter of U2 front man Bono and his activist wife Ali Hewson. Hewson is the couple's second daughter and studied at Dublin's St. Andrew's College before heading abroad to learn at New York University. She eventually earned her degree in May of 2013. Hewson made her on-screen debut in 2005's short "Lost and Found" with her sister, Jordan Hewson, despite her parents' objections. Three years later, she appeared in her first feature movie, "The 27 Club". Hewson acted in 2011's "This Must Be the Place" as Mary, 2013's "Blood Ties" as Yvonne, and 2013's "Enough Said" as Tess. In 2014, she landed the role of Lucy Elkins on "The Knick" as part of the main cast. Hewson starred in The Script's 2010 music video for their hit song "For the First Time". Hewson has acted alongside notable stars such as Frances McDormand, James Gandolfini, Clive Owen, and Sean Penn. Hewson was nominated for Irish Woman of the Year by "Tatler" for her impressive body of work in the film industry. 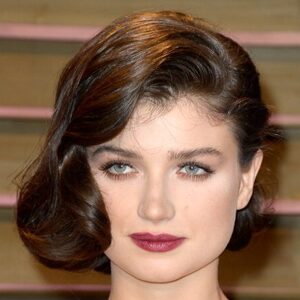