How much is Evanna Lynch Worth?

Evanna Lynch Net Worth: Evanna Lynch is an Irish model and actress who has a net worth of $4 million dollars. Born in Termonfeckin, County Louth, Ireland, in 1991, Evanna Lynch started writing letters to J.K. Rowling after falling in love with the "Harry Potter" series as a kid. She would later rise to fame as Luna Lovegood in the blockbuster film franchise. Lynch made her first "Harry Potter" appearance and movie debut in 2007's "Harry Potter and the Order of the Phoenix". She has since appeared in "Harry Potter and the Half-Blood Prince", and both parts of "Harry Potter and the Deathly Hallows". Lynch portrays Luna in all four corresponding video games. She also reprised her role for the 2012 stage production of "A Very Potter Senior Year". J.K. Rowling has said that Lynch has had the biggest impact on how her character was written in later novels. Following the end of the Potter series, Lynch has appeared in two short films, "Apex" and "It Don't Come Easy", as well as "G.B.F." and "Dynamite: A Cautionary Tale". She is an advocate of promoting healthy body image in young women after battling anorexia as a pre-teen. Lynch has modeled for several brands, appeared on the cover of "Runway" magazine, and narrated an audiobook. She works with Ireland's Multiple Sclerosis Society and promotes same-sex marriage rights. 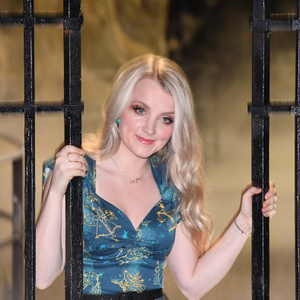