Evangeline Lilly net worth: Evangeline Lilly is a Canadian actress who has a net worth of $15 million. Evangeline Lilly has earned her net worth through her acting roles in films, television and commercials. She is probably best known for her role as Kate in the television series, Lost. She has also starred in several films such as, The Lizzy Mcguire Movie, The Hurt Locker, Reel Steel, The Long Weekend and more. She appeared in five episodes of Smallville, one episode of Tru Calling, and one episode of Kingdom Hospital. Although most of her appearances on television shows were as an extra, she landed the part of Kate Austen in the series Lost, and practically became an overnight success. She was nominated for a Golden Globe for Best Lead Actress-Drama in 2006, and in the same year, the Kate Austen action figures were released. Evangeline Lilly almost didn't get the part of Kate in the series, due to her waiting on her work visa for the U.S. With the airing date of Lost getting closer, and no visa showing up, they had to start auditioning other actresses for the part. But luckily, her work visa arrived just in time, and she got the part.

Evangeline Lilly was born in Fort Saskatchewan, Alberta, Canada, in 1979, and comes from a devout Christian family. Her mother is secretary at the Sandy Hill Elementary and her father is a teacher of economics. She has two sisters, Andrea, being the youngest. She attended three elementary schools in Fort Saskatchewan, Fort Elementary, James Mowat Elementary and Rudolph Hennig Elementary. She then moved to Abbotsford, British Columbia, Canada, to attend high school at W.J. Mouat Secondary School, and then the University of British Columbia, in Vancouver. She studied International Relations. For a little while Evangeline was a foreign missionary in the Philipines. Before beginning a career in acting, she had several jobs, including a flight attendant for Royal Airlines, as a model for Livelinks, and at Earl's Restaurant in Abbottsford, British Columbia.

Even though Evangeline is an actress and has appeared on several television shows and commercials, she cares nothing about watching television. She doesn't even own a TV. Lilly has done a lot of traveling and has a thing for playing a different role in just about every town she visited. Sometimes she would play the part of a geeky nerd, only interested in what she could find in books, and other times she would resort to taking on the role of an empty headed cheerleader type. The character Sawyer, played by Josh Holloway, calls Evangeline, freckles, both on and off stage.

Evangeline Lilly married Murray Hone (Canadian Hockey Player) in 2003, and divorced a year later. She started dating Lost co- star, Dominic Monaghan in 2004. That relationship lasted about five years. She has one son, by her boyfriend Norman Kali. Her son was born in May of 2011. In addition to acting in films and television, Evangeline has appeared in commercials for companies such as L'Oreal Paris, Karastan Carpets, Michelle K. Footwear, Davidoff Coolwater Women, and Baume et Mercier. 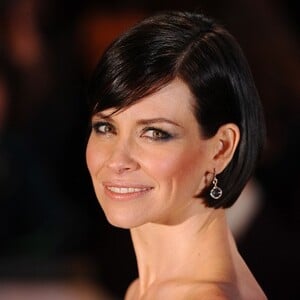