Evan Stone net worth and salary: Evan Stone is an American adult film actor, director and producer who has has a net worth of $4 million. Evan Stone was born in Carrollton, Texas on July 18, 1964. He grew up on a ranch. In tenth grade he discovered a passion for acting after being cast in a community theater production. He continued acting in small productions around town while also playing football after school. He attended three years of college at Western Michigan University. Evan worked on a horse ranch, at a slaughter house… he drove a forklift, worked at a gas station, worked in a convenience store… he built sets for theater productions, acted at Medieval Times and even spent time as a groundskeeper for a golf course. Around the same time, he started working at a strip club. He was soon managing the club. He got his start in the adult world when a production company visited the club and offered him a role in one of their movies.  By 1999, he had become one of the most in-demand male stars in the industry and to date he has appeared in over 1,800 adult films. In 2011 he was the only male actor to land on a CNBC list of the 12 most popular adult stars on the planet. One of his most famous movies co-starred former WWE wrestler Chyna. The movie was titled "Backdoor to Chyna". Stone has done some acting outside the adult film industry including his role as "Jimmy" in the 2007 original series The Lair, and a bit part on an episode of South Park, titled "The Return of the Fellowship of the Ring to the Two Towers".  He was married to fellow adult star Jessica Drake, however the two are now divorced. Stone owns a nine-unit production studio complex in Burbank and a ranch in Frazier Park, California. To this day he still shoots an average of two scenes per week.

During the Super Bowl broadcast on February 1, 2009, some Comcast cable viewers were shown a 37 second clip from one of Stone's movies. The scene, which showed actress Tristan Kingsley pulling Evan's penis out of his pants to perform an act, was allegedly inserted into the feed by a man named Frank Gonzalez who ultimately was arrested on computer tampering charges. Comcast had to offer 80,000 customers $10 rebates for the incident. In February 2005 Stone became the host of Spice Hotel, and Spice Live, which are both cable TV programs that focus on the lives of adult film star couples. He has won several awards including the 2004 AVN Award for Best Actor for the film Adrenaline, the 2008 AVN Award for Best Group Sex Scene for the film- Debbie Does Dallas….Again, and the 2008 the F.A.M.E. Award for Favorite Male Star. In 2010 he was an inductee in the XRCO Hall of Fame, and in 2001 he was inducted into the AVN Hall of Fame. 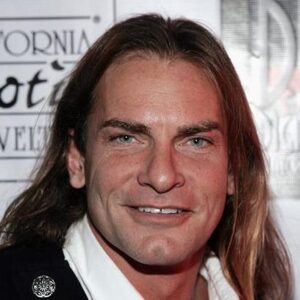