Evan Seinfeld net worth: Evan Seinfeld is an American musician and actor who has a net worth of $3.4 million. Evan Seinfeld has earned his net worth from several pornographic films under the pseudonym " Spyder Jonez", and as bass guitar player for the Brooklyn based hardcore/metal band Biohazard. Biohazard is known as one of the earliest bands to fuse hardcore puck and Heavy metal with some elements of hip-hop, to create a brand new sound of music. Seinfeld has also performed with the band the Spyders, and joined Tattooed Millionaires in October 2008. Evan was a me3mber of a short-lived super group with Ted Nugent, Sebastian Bach, Scott Ian and Jason Bonham. The supergroup named Damnpcracy was featured on VH1 reality television show simply called Supergroup. The show aired in seven segments during May–July 2006.

Evan starred in the HBO prison drama OZ, where played the role of Jaz Hoyt, the leader o f a prison biker gang. The show had a six year run on the HBO network, a total of 40 episodes. Evan is the ex-husband of Tera Patrick who is a pornographic actress, the couple dated for three years before getting married in 2004. They remain business partners, they have starred in 7 adults films together, including Reign of Tera and Teradise Island (which he also directed), Tera, Tera, Tera, and Desperate. Seinfeld and Patrick have also appeared together in several celebrity TV series such as E! True Hollywood Story "Rockstar Wives", G4TV's A Day in the Life of Tera Patrick, VH1's Greatest Metal Songs, and WE's Secret Lives of Women. The couple also performed in the documentary Fuck. Evan was featured in a book by artist Kip Fullbeck in 2008 titled Permanence: Tattoo Portraits, he is also a character in another book by Paul Miles titled Sex Tips from rock stars published in July 2010 by Omnibus Press. Evan has won both the XBIZ Award for Crossover Male Star of the Year in 2008, in 2009 XBIZ Award for ASACP Service Recognition Award. 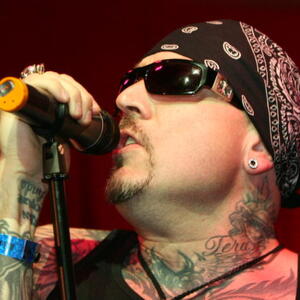