How much is Evan Handler Worth?

Evan Handler net worth – Evan Handler is an American actor and author who has a net worth of $8 million. Born in New York City in 1961, Evan Handler interned at the Chelsea Theater Center and worked Off-Broadway after finishing high school early. He began school at Juilliard but left before graduating to take a part in the 1981 movie "Taps". He had roles in several other films ("The Chosen", "Ransom", and "Sweet Lorraine") but made a household name for himself on TV. Handler is well known for playing Harry Goldenblatt, husband of Charlotte York, on the HBO hit "Sex and the City" and as Charlie Runkle on "Californication". Other TV credits include "Six Feet Under", "The West Wing", "Friends", "Miami Vice", "Law & Order", "Lost" and "24". In 1991, he stormed off the set during a performance on Broadway when his costar hit him on the butt with a sword during a scene. Handler is the author of two books: "Time On Fire: My Comedy of Terrors" and "It's Only Temporary…The Good News and Bad News of Being Alive", both which touch on his battle with leukemia. He has been married to Italian chemist Elisa Atti since 2003. They have a daughter together, Sofia Clementina, who was born in 2007. 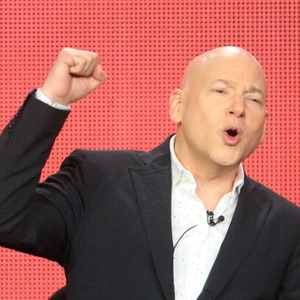