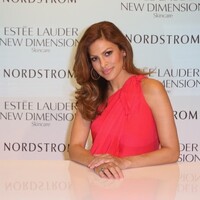 What is Eva Mendes's net worth and salary?

Eva Mendes is a retired American actress, model, singer, and homeware designer who has a net worth of $20 million. Her best-known roles include "Training Day," "2 Fast 2 Furious," and "Hitch."

Eva de la Caridad Mendes was born to Eva Pérez Suárez and Juan Carlos Méndez in Miami, Florida on March 5, 1974. Her parents are Cuban and divorced when she was very young. Eva was raised by her mom in the Silver Lake neighborhood of Los Angeles. Her family is Roman Catholic and at one point in her childhood, Eva considered becoming a nun. She attended Hoover High School in Glendale, California, and studied marketing at California State University, Northridge for a bit. She dropped out of college to pursue a career in acting.

In 2012, Mended starred opposite her future husband Ryan Gosling in "The Place Beyond the Pines," as well as in "Girl in Progress" and "Holy Motors." In 2013, she appeared in HBO's "Clear History," and the following year in Gosling's directorial debut "Lost River."

Mendes has also worked as a model. She's appeared in a number of music videos for the Pet Shop Boys, Aerosmith, Will Smith, and The Strokes. 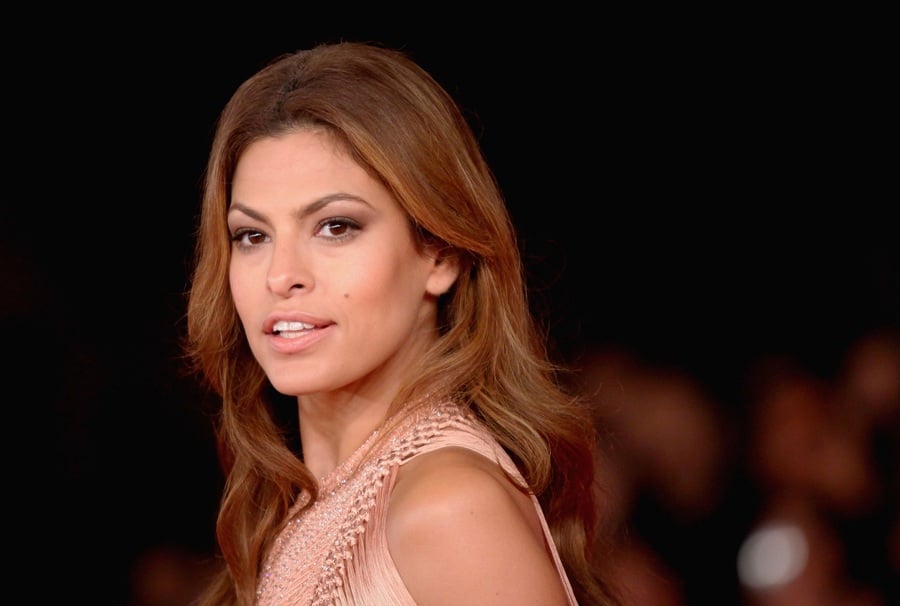 Mendes was named one of Revlon's international spokespeople in 2005. In this role, she helped raise money for breast cancer research. She has also done modeling campaigns for Thierry Mugler's signature fragrance Angel, Reebok, and Pantene.

Mendes released a line of dinnerware and bed linens through Macy's. In early 2013, she released Eva by Eva Mendes, her fashion line at New York & Co. She is also involved with the makeup line CIRCA Beauty, which launched in 2015 and is sold in Walgreens stores.

Eva Mendes and filmmaker George Augusto dated from 2002 to 2010.

In 2011, she began dating actor Ryan Gosling. They met when they both were cast in the movie"The Place Beyond the Pines." Their first official date was to Disneyland. The couple has two daughters. Their first, Esmeralda, was born in 2014, and their second, Amada, was born in 2016. Esmeralda is named after the character in Victor Hugo's "The Hunchback of Notre Dame," a character both Eva and Ryan love. Amada is Eva's grandmother's name and means "beloved" in Spanish.

In a 2015 interview, Gosling said of Mendes: "I know that I'm with the person I'm supposed to be with, that she's Eva Mendes. There's nothing else I'm looking for."

Eva and Ryan got married in 2016. They are a very private couple. Mendes does not share photos of Gosling or their daughters on social media. She rarely appears in public with her husband.

Eva has not appeared in a movie since 2014's "Lost River," directed by Gosling. She has said that she has stepped back from her career to focus on raising her two daughters.

Mendes is a pescatarian. She also practices Transcendental Meditation.

She had an older brother, Juan Carolos Mendez Jr., (1963-2016) who died from throat cancer. She has an older sister named Janet and a younger half-brother Carlos Alberto Mendez, on her dad's side.

In September 2020, rumors started circulating that Mendes and Gosling's relationship was in trouble. Reportedly, Mendes wants to have a third child and Gosling does not. These rumors have not been substantiated.

In 2018, Eva sold the three-bedroom, two-bathroom home she shared with Ryan and their daughter for $1.27 million.

That same year, the couple reportedly were outbid on a  six-bedroom, six-bathroom, Italian Revival estate, known as Villa Delle Favole, that was built in 1924. It was on the market $8 million and located in Pasadena, California. The house has a wine cellar, gym, swimming pool, spa, and library.