How much is Eva LaRue Worth?

Eva LaRue net worth and salary: Eva LaRue is an American actress and model who has a net worth of $4 million dollars. Born in Long Beach, California, Eva LaRue, also known as Eva Marie LaRuy, began her acting career when she was in elementary school, and began competing on the pageant circuit when she was a teenager. Throughout the late 80s, she appeared in guest starring roles on such shows as, "The Barbarians", "Dangerous Curves", "Charles in Charge", "Perfect Strangers", "Married… with Children", "Crash and Burn", "They Came from Outer Space", "Dallas", and "Dark Justice". In 1993, she was cast in the role that would bring her the most widespread fame, as Dr. Maria Santos Grey on "All My Children". She played the role until 1997, and again from 2002-2005. She also returned to the show twice more in 2010 and 2011. She co-starred on the popular series, "CSI: Miami" from 2005-2012. In total she appeared in 152 episodes of the series. Eva LaRue was married to actor John O'Hurley from 1992 – 1994 and then to actor John Callahan. She married Joe Cappucio in 2010. They divorced in 2014. 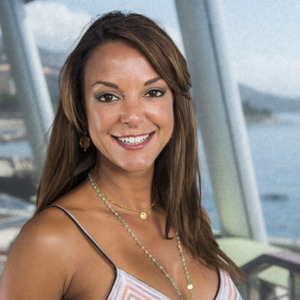