What is Eva Green's Net Worth and Salary?

Eva Green is a French actress and model who has a net worth of $10 million. Eva Green is best known for her performances in such films as "The Dreamers," "Kingdom of Heaven," "Casino Royale," "300: Rise of an Empire," and "Proxima." She has also appeared in a number of independent films, such as "Cracks," "Womb," and "Perfect Sense." On television, Green earned acclaim for her roles on the series "Camelot" and "Penny Dreadful."

Eva Green was born on July 6, 1980 in Paris, France to dental surgeon Walter and actress and author Marlène. She has a fraternal twin sister named Joy who was born two minutes after her. Green is of Algerian-Jewish ancestry through her mother, and is of Swedish and Breton descent through her father. Raised in France, she went to the American University of Paris. When she was 14, Green decided to become an actress after seeing Isabelle Adjani's performance in the historical drama film "The Story of Adele H." She went on to attend Cours Eva Saint Paul in Paris, and took an acting course at the Webber Douglas Academy of Dramatic Art in London.

After completing her studies in London, Green returned to Paris to perform in a number of plays. In 2001, she earned a Molière Award nomination for her performance in the play "Jalousie en Trois Fax." The following year, Green appeared in "Turcaret."

Film Career in the 00s

Green made her film acting debut in 2003, starring as the free-spirited Isabelle in Bernardo Bertolucci's controversial romantic drama "The Dreamers." In the film, she appeared fully nude, and engaged in graphic sex scenes with screen partners Louis Garrel and Michael Pitt. Green next appeared in the French adventure crime film "Arsène Lupin," based on the popular crime novel series. In 2005, she portrayed Sibylla, Princess of Jerusalem in Ridley Scott's epic historical drama "Kingdom of Heaven." This role led to Green's casting in 2006's James Bond film "Casino Royale," in which she played Bond girl Vesper Lynd opposite Daniel Craig as 007. She was subsequently in another major studio film, "The Golden Compass," based on the first installment of Philip Pullman's "His Dark Materials" trilogy of novels. Green played Serafina Pekkala, a witch queen. Next, in 2008, she played the dual roles of Emilia and Sally in the science-fantasy film "Franklyn." The following year, Green starred as mysterious diving instructor Miss G in the psychological thriller "Cracks." 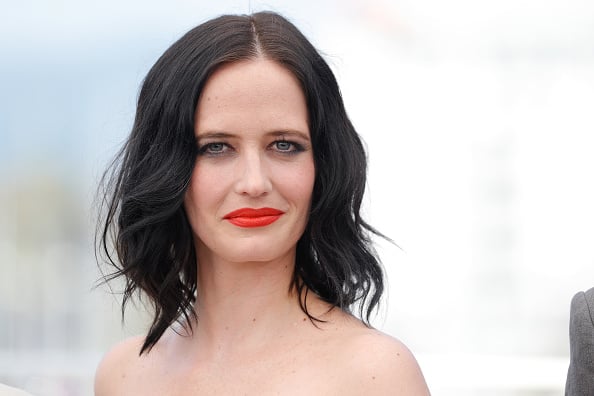 Film Career in the 2010s and Beyond

In 2010, Green starred as a woman who clones her deceased boyfriend in the science-fiction film "Womb." The year after that, she starred in another science-fiction film, "Perfect Sense," playing a scientist who falls in love with a chef during a senses-depriving epidemic. Green returned to big-budget studio films in 2012 to play vengeful witch Angelique Bouchard in Tim Burton's "Dark Shadows," based on the eponymous television soap opera. She subsequently had her biggest year on screen yet in 2014, appearing in four films. First was "White Bird in a Blizzard," directed by Gregg Araki. Green next drew praise for her performance as Artemisia in the epic action film sequel "300: Rise of an Empire." Her other two films in 2014 were the Danish Western "The Salvation" and the action crime film sequel "Sin City: A Dame to Kill For," in which she played the vampish Ava Lord.

Green reunited with director Tim Burton in 2016 to star as the titular headmistress in "Miss Peregrine's Home for Peculiar Children," based on the Ransom Riggs novel of the same name. The following year, she starred in Roman Polanski's psychological thriller "Based on a True Story" and Lisa Langseth's mystery drama "Euphoria." In 2019, Green teamed up with Tim Burton for the third time to play Colette Marchant in Disney's live-action remake of "Dumbo." The same year, she starred as an astronaut in the French drama "Proxima," for which she earned a César Award nomination for Best Actress. Green's later credits include the psychological thriller "Nocebo."

In 2011, Green made her television acting debut in the first season of the Starz historical fantasy series "Camelot." She portrayed Morgan Pendragon, the gorgeous and aggressively ambitious daughter of King Uther. Green landed an even bigger part in 2014, when she began starring as powerful medium Vanessa Ives on the Showtime horror series "Penny Dreadful." For her performance, she received a Golden Globe nomination for Best Actress in a Television Series – Drama. Green had her next television role in 2020, starring as Lydia Wells in the BBC miniseries "The Luminaries," based on the Eleanor Catton novel. In 2021, it was announced that Green would star alongside Vincent Cassel on the Apple TV+ series "Liaison."

Green is unmarried, and prefers to live alone. She considers herself a homebody, as she likes to relax by the fireplace with a book and a glass of wine instead of going out. Green is also interested in entomology and taxidermy, and likes to collect preserved insects and skulls. Although she is non-religious, she has described herself as being highly spiritual. 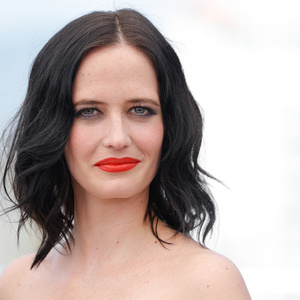