What is Ethan Hawke's Net Worth?

Ethan Hawke is an American actor, director, writer, and author who has a net worth of $55 million. Ethan Hawke is probably one of the most well-known and accomplished actors of his generation, having appeared in a number of memorable films over the past few decades. Over the course of his career, he has won a number of honors and accolades. After making early appearances in films like "Explorers" and "Dead Poets Society," Hawke made a name for himself with movies such as "Reality Bites" and Richard Linklater's "Before" trilogy.

Some of his most memorable performances were in films like "Training Day," "Hamlet," and "Gattaca." Outside of his film roles, Ethan has appeared in various Broadway productions, such as a 1992 performance of "The Seagull" and "The Coast of Utopia." In 2010, he directed a Sam Shepard play called "A Lie of the Mind," and he later booked a role in a 2018 revival of Shepard's famous play "True West." In addition, Ethan has written three novels and a graphic novel.

Ethan Green Hawke was born on November 6th of 1970 in Austin, Texas. When Ethan was four years old, his parents divorced. Hawke was subsequently raised by his mother, moving around frequently before they finally settled in New York City. After his mother remarried, Hawke relocated to New Jersey. After attending a few different schools as a boy, Ethan eventually spent his last few years of secondary education at a boarding school. During his secondary years, Hawke became interested in writing and acting. He started to gravitate more towards acting after graduating and studied drama at the Carnegie Mellon University. However, he eventually dropped out in order to focus on his acting career.

Even before Hawke had graduated from high school, his acting career was already well underway. After attending his first casting call at the age of 14, he booked an early role in "Explorers" alongside an equally young River Phoenix. The film received strong reviews but failed to perform at the box office, and this critical disappointment caused Ethan to quit acting for a brief period. However, he followed up with a role in "Dead Poets Society" in 1989, and this proved to be a much more successful experience for him. Even to this day, "Dead Poets Society" is Hawke's highest-grossing film, with gross earnings of $235 million worldwide.

After appearing in films like "Dad," "White Fang," "A Midnight Clear," and "Alive," Ethan emerged in the spotlight once again with "Reality Bites." This film led to a number of additional roles throughout the 90s, such as "Before Sunrise," which received critical acclaim. During this period, Hawke also started publishing his first novels. In 1997, he booked the lead role in the film "Gattaca." The science fiction film earned significant praise from critics, although it was unsuccessful at the box office. 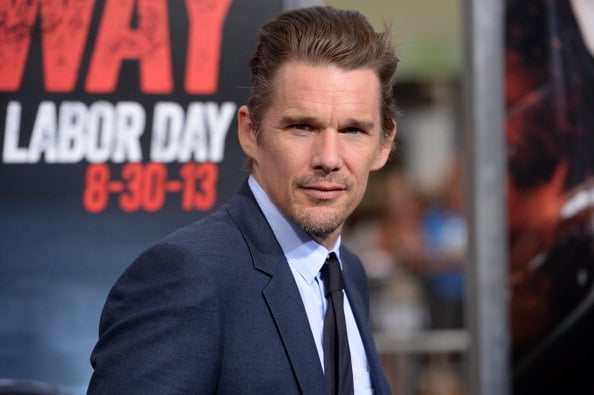 After another few roles in films like "Snow Falling on Cedars" and "The Newton Boys," Hawke played the titular character in the 2000 adaptation of Shakespeare's "Hamlet." Another major step forward for Ethan came with the film "Training Day." This movie proved to be a box office hit, drawing in $104 million worldwide. It also received strong reviews. Another notable appearance during the 2000s came with "Assault on Precinct 13." He next appeared alongside Nicolas Cage in "Lord of War."

In 2007, Hawke joined the cast of "Before the Devil Knows You're Dead," which included Philip Seymour Hoffman. This film receives strong reviews. During the 2010s, Ethan followed up by playing a vampire in the film "Daybreakers." He continued with this theme in 2012, appearing in the horror movie "Sinister." both of these films performed strongly at the box office. Ethan starred in another memorable film called "The Purge" during this period, and earned widespread critical praise for his performance in "Boyhood." Critics also heaped praise upon Hawke for his performance in "Predestination," which was released around the same time.

In 2017, Ethan booked a role in the film "Valerian and the City of a Thousand Planets." In 2020, he played Nikola Tesla in the biopic "Tesla." In 2021, it was announced that he would be playing the main villain in the Disney+ series "Moon Knight," which was produced in connection with Marvel Studios. He also joined the cast of the film "The Northman" during this period.

Ethan Hawke married actress Uma Thurman in 1998. The pair had met on the set of "Gattaca," and they went on to have two children together before separating in 2003. Thurman accused Hawke of infidelity over the course of the divorce process. In 2008, Ethan married Ryan Shawhughes. The pair subsequently had two children together.

In 2013, it was reported that Ethan Hawke had purchased a home in Brooklyn, New York for $3.9 million. The 4,000-square-foot home includes six bedrooms. He had previously sold his home in Chelsea for $6.25 million, and this former residence spans 3,500 square feet. Hawke's new home in Brooklyn features five working fireplaces with marble mantels, wide-plank wood floors, and stained glass windows. In a 2013 "ask me anything" on Reddit, Ethan also revealed that he had purchased his own private island in Nova Scotia, Canada. The island spans 3.6 hectares and is accessed by a 60-meter land bridge. Two cottages sit on the island, one of which was originally constructed in the 1860s. 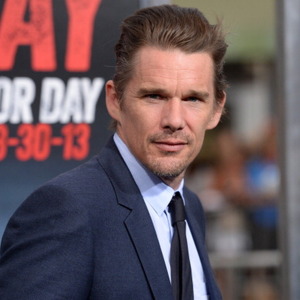