Ethan Embry is an actor of film and television who has a net worth of $3 million. Ethan Embry earned his net worth through his years as an actor in films such as National Lampoons Vacation and Can't Hardly Wait. He has also starred in many television sitcoms and television dramas such as L.A. Dragnet, Fairly Legal and is well known for his role as Declan Giggs, a State Police Detective on the Showtime series Brotherhood. He began his acting career at the early age of 13, and was cast in several films throughout the 90's. As a child he was a competitive gymnast and took sixth place at the California Gymnastics Tournament. He also enjoyed singing, dancing and is currently performing in the band, Southern Comfort Colonic, along with his brother Aaron. Ethan plays the piano, bass and guitar. He was born in Huntington Beach, California in 1978 and has an older brother, Aaron and a younger sister, Kessia. Ethan was married to Amenlinda Smith in 1998 and divorced in 2002. They share one child Cogeian Sky Embrey. He married his second wife, Sunny Mabrey in 2005. He often enjoys doing his own stunt work in his films. In 1992 he was awarded the Best Young Actor Award for his performance in the motion picture "Dutch" opposite Ed O'Neill. 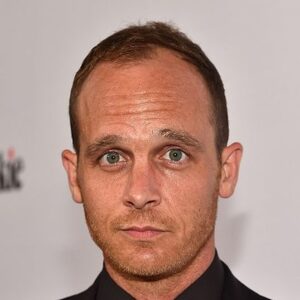