Errol Flynn net worth: Errol Flynn was an Australian American actor who had a net worth of $10 million at the time of his death (adjusted for inflation). He was best known for his roles in romantic swashbuckler movies and his role as Robin Hood.

Errol Flynn was born in Battery Point, Tasmania, Australia in June 1909 and passed away in October 1959. He was an actor during the Golden Age of Hollywood and often partnered with Olivia de Havilland. Flynn was married to Lili Damita from 1935 to 1942, Nora Eddington from 1943 to 1949, and Patrice Wymore from 1950 until his passing. He had four children including Sean Flynn. Errol Flynn had more than 60 acting credits to his name. He starred as Robin Hood in the 1938 film The Adventures of Robin Hood. Flynn also starred as Captain Blood in 1935, The Charge of the Light Brigade in 1936, Dodge City in 1939, Santa Fe Trail in 1940, and San Antonio in 1945. He was awarded two stars on the Hollywood Walk of Fame for Motion Picture and Television. Errol Flynn passed away on October 14, 1959 at 50 years old. 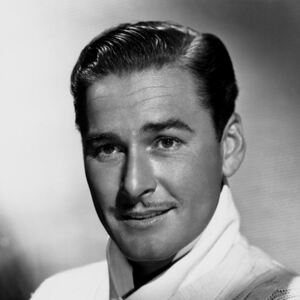