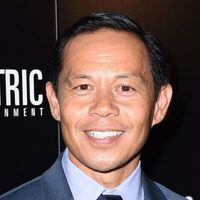 Ernie Reyes, Jr. net worth: Ernie Reyes, Jr. is an American actor, martial artist, action choreographer, director, producer, and screenwriter, who has a net worth of $300 thousand. Ernie Reyes, Jr., was born in San Jose, California, and made his professional acting debut in 1985 when he was thirteen, playing supporting roles in "The Last Dragon" and "Red Sonja". From there, he went on to appear in both film and television projects, including "Teenage Mutant Ninja Turtles I and II", "Surf Ninjas", "Rush Hour 2", "The Rundown", "Indiana Jones and the Kingdom of the Crystal Skull", and "NCIS: Los Angeles". He has served as a stunt double or fight choreographer on such projects as "Teenage Mutant Ninja Turtles I and II", "Avatar", "Alice in Wonderland", and "Act of Valor". He also competed briefly on the Strikeforce circuit. He won all three of his matches – one by knockout, one by unanimous decision, and one by a controversial split decision.