Ernie Hudson Net Worth: Ernie Hudson is an American actor who has a net worth of $5 million. He has an extensive acting career, spanning over forty years. He is best known for his roles as Winston Zeddemore in the "Ghostbusters" film franchise and as Warden Leo Glynn in the HBO series "Oz," but he has appeared in a number of other films including the 1994 superhero film "The Crow," the 1995 biographical drama "The Basketball Diaries," the 2000 comedy "Miss Congeniality." Interestingly, while Hudson auditioned to do the character's voice on the Ghostbusters animated series, he lost the part to Arsenio Hall.

Early Life: Ernie Hudson was born Earnest Lee Hudson on October 17th, 1945 in Benton Harbor, Michigan. When he was only two months old, his mother died of tuberculosis. His father had no involvement in his life, Hudson has never met him. He was raised by his maternal grandmother. After graduating high school, Hudson immediately enrolled in the United States Marine Corps, but he was discharged only three months later due to being diagnoses with asthma. He moved to Detroit and became a resident playwright at Concept East, which is the oldest black theatre company in the US. He also enrolled at Wayne State University to study writing and drama, graduating with a bachelor's degree in 1973. During his time in college, he founded the Actors' Ensemble Theatre, which was a club for black screenwriters and actors.

Early Career: While still attending Yale and performing with the school, he was asked to be in Loni Elder III's musical "Daddy Goodness." During the production, he met Gordon Parks who helped him get a role in his first feature film "Leadbelly," which was released in 1976. The role didn't lead to any other significant acting parts, so he returned to Minnesota where he attended a doctoral program for theater at the University of Minnesota, Twin Cities. He didn't finish his doctorate and left to appear in the Minneapolis Theatre In The Round's production "The Great White Hope." His performance gained him recognition, and although they were small at first, he started getting more roles. From 1978 to 1879, he had guest roles on nine television shows and a recurring role on "Highcliffe Manor." For the first half of the eighties, Hudson continued to pick up guest star roles on television and parts in television movies and feature films including "Going Beserk," "Spacehunter: Adventures in the Forbidden Zone," and "Two of A Kind." His first major leading film role was in the 1982 sports drama "Penitentiary II." His next big break came as Winston Zeddemore in the 1984 classic "Ghostbusters." When he first read the script, Zeddemore's character had a more prominent role, and because Hudson was excited about the part, he agreed to do the movie for half his usual salary. The next year in 1985, he had a recurring voice acting role on the series "The Super Powers Team: Galactic Guardians," and in 1986, he had a recurring role on the drama series "The Last Precinct." In 1989, he had supporting roles in the adventure mystery film "Leviathan," the adventure film "Trapper County War," and "Ghostbusters II." 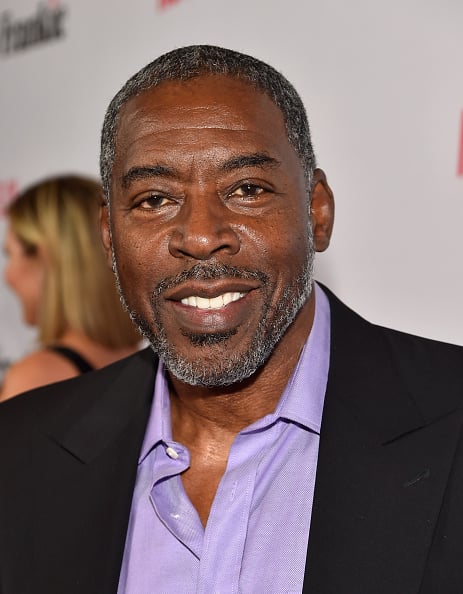 In 1992, he had a supporting role in the psychological thriller "The Hand That Rocks The Cradle," which grossed over $140 million at the box office. He starred in the television mini-series "Broken Badges" in 1991 as well as the 1992 television mini-series "Wild Palms." He made scattered guest appearances on television shows throughout the nineties including "Tales from the Crypt," "The Ben Stiller Show," and "Grace Under Fire." He continued to appear in major feature films throughout the decade. In 1994, he was in the superhero film "The Crow" and the crime drama "Sugar Hill." The following year, he starred alongside a young Leonardo DiCaprio in "The Basketball Diaries" and had a leading role in the science fiction movie "The Congo." He spent the next couple years acting in television movies and returned to the big screen in 1997 with roles in "Fakin' Da Funk" and "Mr. Magoo." Also in 1997, he began his recurring role on the HBO series "Oz," and he would continue in his role as Warden Leo Glyn until 2003. He finished out the decade with a series of action films including the 1998 films "Hijack," "October 22," and "Butter" followed by the 1999 releases "Stealth Fighter," "Interceptor Force," and "Paper Bullets."

Post 2000s Career: His first major feature film release of the millennium was in the Sandra Bullock led comedy "Miss Congeniality," and he reprised the role for the 2005 sequel. From 2003 to 2004, he had a recurring role on the television show "10-8: Officers on Duty," and he had a recurring role on the ABC television show "Desperate Housewives" from 2006 to 2007. He was also featured on several episodes of the show "E.R," and on an episode of "Crossing Jordan" as well as the science fiction series "Stargate SG-1" in 2006. In 2008, he started a recurring role on "The Secret Life of the American Teenage," which he played until 2013. He filled the remainder of the decade with a handful of feature film appearances, but he more frequently opted for television movies. He was featured as a guest star on the television shows "Cold Case," "Psych," "Bones," "Private Practice," and "Heroes."

He started the 2010s with a recurring role on season 20 of "Law & Order," and he began a recurring role on the award-winning animated television series "Transformers Prime." He has made several guest appearances on the television shows "Modern Family," "Grace and Frankie," "L.A.'s Finest," and "The Family Business." He reprised his role as Winston Zeddemore in the 2016 remake "Ghostbusters."

Personal Life: Hudson married Jeannie Moore in 1963, and both were teenagers at the time. They had two sons together but divorced in 1976. He married former flight attendant Linda Kingsberg in 1985, and they went on to have two sons together as well. He has stated that he is a practicing Christian. 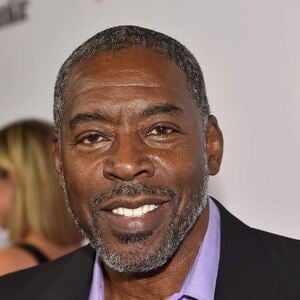