Erin Sanders net worth: Erin Sanders is an American actress who has a net worth of $2 million. Erin Sanders was born in Santa Monica, California in January 1991. She was discovered at nine years old while she was selling Girl Scout cookies and then started acting. One of her best known roles came starring as Quinn Pensky in the television series Zoey 101 from 2005 to 2008.

Sanders starred as Eden Baldwin in the soap opera The Young and the Restless in 2008. From 2009 to 2013 she starred as Camille Roberts in the TV series Big Time Rush. Sanders has also appeared in episodes of the TV series American Dreams, Judging Amy, Strong Medicine, 8 Simple Rules, Weeds, Mad Men, Castle, The Mentalist, CSI: Miami, and Melissa & Joey. She has won six Young Artist Awards and been nominated for seven more. 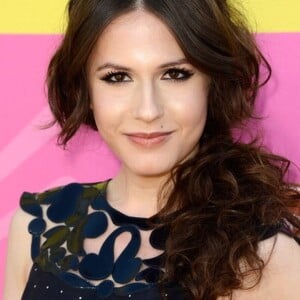